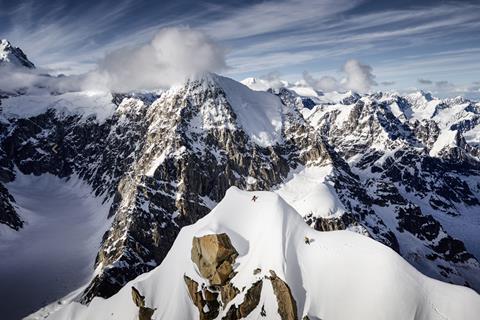 The Sanctity Of Space

Heading into Cannes, Visit Films has reported a strong response to its line-up and has licensed mountain climbing documentary The Sanctity Of Space to Dogwoof in the UK, and Madman Entertainment in Australia and New Zealand.

Currently in post-production, the film is directed by Renan Ozturk, who co-directed the critically acclaimed Sherpa and was the cinematographer and one of the main subjects of Sundance award winner Meru, and Freddie Wilkinson, a renowned Alpinist and adventure writer.

The Sanctity Of Space is in the vein of Oscar winner Free Solo and Dawn Wall, and follows climbing friends Ozturk, Wilkinson, and Zack Smith as they attempt to retrace the steps of legendary mountaineer and photography icon Brad Washburn. Ozturk weaves together their obsessive journey with Washburn’s own remarkable story and examines the need to explore.

Deals for Merce Cunningham documentary If The Dancer Dances have closed in Canada (Kinosmith) and Taiwan (Moviecloud). Monument Releasing will distribute in the US this month.