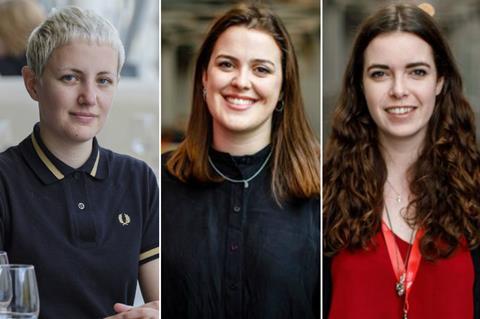 The trio will initially focus on stories about young queer women.

First published in April 2018, Gough’s book follows teenagers Wilhelmina and Harriet as they join forces under the guise of fictional student Amelia Westlake to carry out a series of pranks that expose harassment and inequality at their elite private school. As the antics grow more elaborate, the pair realise they may be falling for each other.

The producers team said they are now talking with potential screenwriters to adapt the book.

“It has a provocative edge that makes a statement about elitism, prejudice and challenging the status quo, whilst also delivering on all the must-haves of a classic teen rom-com” said Bacon.

Dunn was named a Screen Star of Tomorrow in 2017; she produced her first feature, Jason Barker’s documentary A Deal With The Universe, in 2018.

Bacon produced Bafta- and Bifa-nominated 2017 short Wren Boys and was recently selected for the BFI Insight programme; while James-Bayly has features in development with Film4 and the Scottish Film Talent Network.