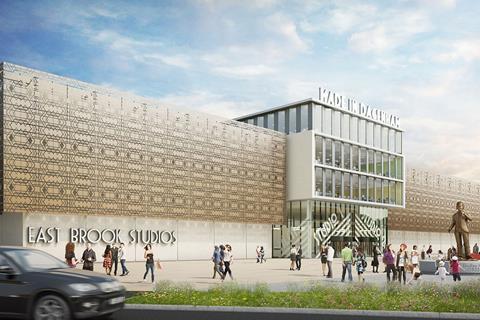 However, Barking and Dagenham Council’s regeneration company Be First, overseeing the development of the studios, pressed on alone and is still in talks with potential joint venture partners. It has released £3.4m to cover any pre-development costs.

Over the past five years the council has built up its own film unit and has attracted projects such as Avengers: Age Of Ultron, Black Widow and Black Mirror.

The town hall estimates the studios will bring an initial 1,200 extra jobs to Barking and Dagenham.

Adrian Wootton, chief executive of Film London and the British Film Commission, said: “Prior to the coronavirus pandemic the UK screen industries were enjoying an exceptional boom time and we’re committed to driving the sector’s recovery.”