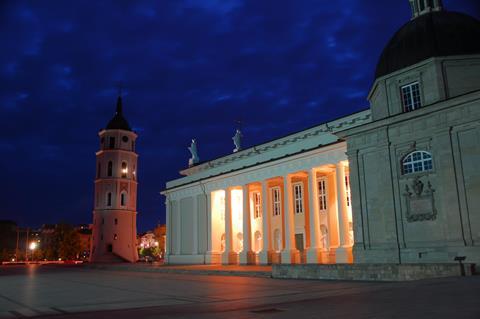 Hotels will host screening rooms and red carpets for local residents as part of the 26th Vilnius International Film Festival, which is taking place from March 18 – April 24 this year.

The Lithuanian festival has partnered with six of the city’s hotels for what it describes as “the full festival experience”, including red carpets and step-and-repeat marketing boards in communal areas; and films playing in hotel rooms that will have been transformed into screening rooms.

There will also be goody bags and special decorations in the hotel rooms, with all the festival films available through the television in the room.

“Hundreds” of rooms will be used for the festival, with the in-person experience available to Vilnius residents only. People in Lithuania are currently not allowed to leave their city of residence. The films screened will include both world premieres and films to have screened elsewhere previously.

The festival, which has the Lithuanian name Kino Pavasaris, will also run an online programme “for those too attached to their couch”.

“When you cannot go outside and the media is blowing up with negativity, it is hard to stay sane,” said festival CEO Algirdas Ramaška. “We help people to redirect their attention to more positive thoughts.”

Vilnius announced its programme earlier this week, including 104 features and 44 short films.

Ten features will screen in the festival’s European Debut Competition, including Dénes Nagy’s Berlinale 2021 Competition entry Natural Light and the world premiere of Lithuanian title People We Know Are Confused.

The section will open with an out-of-competition screening of Fanny Liatard and Jérémy Trouilh’s Gagarine, a Cannes 2020 Official Selection title.

Last year’s 25th anniversary edition of the festival was one of the first international events to fall foul of the coronavirus pandemic. It changed its format to a combination of online components and drive-in screenings held at a local airport.