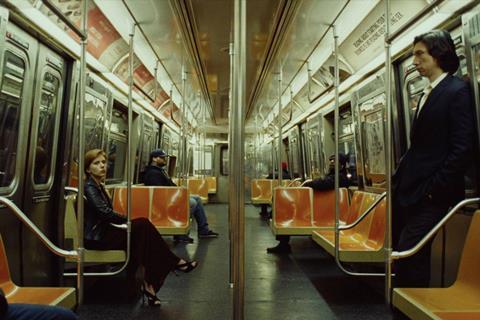 Vue and Odeon, two of the UK’s major exhibitors and key partners of the BFI London Film Festival (LFF) have confirmed they will be showing films to which Netflix or Amazon have UK rights at the festival, ensuring the event will avoid the scheduling challenges experienced by the Toronto International Film Festival (TIFF) earlier this month.

TIFF exhibition partner Cineplex, which operates the Scotiabank Theatre Toronto, refused to screen any festival films, including to press and industry, distributed by companies not planning to adhere to the full North American theatrical window of 90 days.

In the UK, the convention is a 16-week theatrical window of which both Vue and Odeon are strong supporters.

Tim Richards, founder and CEO of Vue International, is one of the UK’s most vocal advocates of maintaining the integrity of the theatrical window. He wrote an open letter to Bafta earlier this year, threatening to withdraw the exhibitor’s support of the awards organisation unless it reconsidered its eligibility criteria following the big wins by Netflix title ROMA, which did not adhere to the UK theatrical window.

However Richards, who is also a BFI governor, said Vue is “committed to helping out the festival” and it will “honour its commitments” to the LFF this year.

He added Vue “would love to support all movies that have a wide theatrical release and respect the theatrical window in the future”.

The Vue West End cinema in Leicester Square is hosting many of the LFF’s press and industry screenings this year, including films to which Netflix or Amazon have taken UK rights. For the past four years, the P&I screenings have been held at the Cineworld-owned Picturehouse Central. Earlier this year Cineworld/Picturehouse underlined its commitment to only screen films that complied with the full theatrical window. None of its sites are participating in the LFF this year.

The high-profile films playing at the LFF to which Netflix has UK rights and will be giving a limited theatrical release include the prestigious American Airlines gala screening of David Michod’s The King, as well as awards hopefuls Marriage Story, directed by Noah Baumbach, and The Two Popes, directed by Fernando Meirelles, The public screenings for most of the Netflix UK films are screening at the LFF’s pop-up venue Embankment Gardens Cinema and at various Odeon sites.

Scott Z Burns’ The Report, which Amazon is handling in the UK and plans to give a two-week cinema release via Curzon in November, is also screening at the Embankment Gardens Cinema.

However, Richards expressed his disappointment the festival has chosen to programme Martin Scorsese’s Netflix-backed gangster epic The Irishman as its closing film this year.

“I am a huge fan of the work the BFI does and I have always been a huge supporter of the London Film Festival and believe it is one of the top festivals right now globally,” Richards told Screen. “For that reason, we were a little disappointed that a movie that will not be seen by the public on a big screen was chosen to close the London Film Festival.”

The invitation-only closing night gala for The Irishman will take place at the Odeon Luxe on October 13. It will also screen to the public at the Curzon Mayfair and the Embankment Gardens Cinema as part of the closing night celebrations. There will also be a ‘cinecast’ of the film in any national venue that chooses to book it for a one-off screening on October 13. Richards confirmed Vue will not be one of them.

“[The Irishman] is an epic film done by one of the most highly respected directors in Hollywood,” Richards continued. “It deserves to be seen on a big screen by everyone. Believe me, we are as disappointed as everybody else and all of our customers that Netflix aren’t making it available to exhibitors globally. We would absolutely love to show that movie.”

Responding to Richards, BFI CEO Amanda Nevill said: “The BFI is fortunate to work with a range of exhibition partners on the LFF - from major chains to independent single screen cinemas - who really value the importance of supporting an independently programmed film festival, and who appreciate the benefits that the LFF brings to the UK film industry.”

Nevill went on to express her delight at the choice of The Irishman.

“We are really excited about closing the LFF with The Irishman, the international premiere of a masterful new epic from Scorsese who is a BFI Fellow and a real champion of cinema culture and history,” she said. “We were also excited that the film will go out to audiences all over the UK with a live cinecast of our closing night to any cinema who wants to book it. We fully appreciate the complexity of the current issues around release windows. But, as ever, the BFI will do all we can to make sure that great film is seen on the big screen.”

In line with the one-to-four week theatrical window Netflix is expected to give titles including Earthquake Bird, Marriage Story and The Two Popes in the UK, The Irishman is will open theatrically in the UK on November 8 before starting streaming on Netflix from November 27.

Netflix is understood to be working with UK distributor and exhibitor Curzon, with which it worked on the cinema release of ROMA last year, along with possible further independent venues.

The company said full release plans for The Irishman had not yet been confirmed.