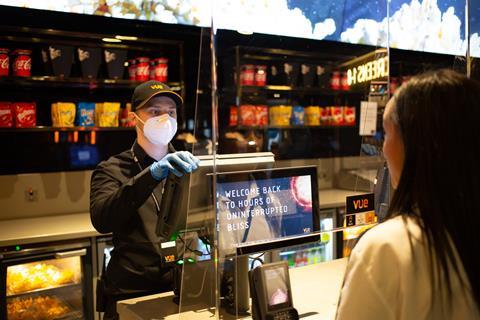 Covid-compliant till at a Vue cinema

Exhibitor Vue International has outlined plans to begin a phased reopening of its UK cinemas, starting with 10 sites on Friday August 7.

The date is one week later than Vue’s previously announced July 31 reopening.

All customers will be required to take part in the Test & Trace initiative, and staff will be on hand to explain the new measures. Booking for the first 10 sites will open on July 30.

The decision by Warner Bros to confirm the international release of Christopher Nolan thriller Tenet for August 26 could tempt more UK sites to open in the upcoming weeks. Last weekend 187 sites were open, compared to 917 in the same week last year.