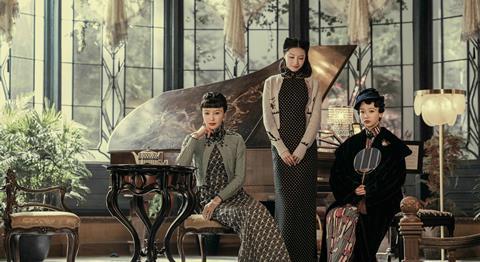 Set in the 1920s, Legacy revolves around a wealthy family and its three sisters who vie to inherit their father’s shopping mall business.

The show was created by Yu Zheng, story editor on Story Of Yanxi Palace, and stars several actors from the hit series including Qin Lan, Wu Jinyan and Nie Yuan, along with Han Geng (Ex-Files), Liu Jun (All Is Well), Miao Pu (The Rise Of The Tang Empire) and Zhang Nan (The Legend Of Haolan). It will premiere exclusively on HBO Go later in 2021.

The story follows a murder investigation, which has similarities to a three-year-old cold case, and brings together lead detective (Pinna), an up-and-coming public official (Chuang) and a rookie policeman (Liu).

The 15-part, hour-long series will premiere with two back-to-back episodes every Sunday from June 13 on HBO Go and HBO in Asia. In Taiwan, the series will simulcast on Catchplay’s streaming service. Catchplay and HBO Asia previously worked together on award-winning Taiwanese drama The World Between Us.