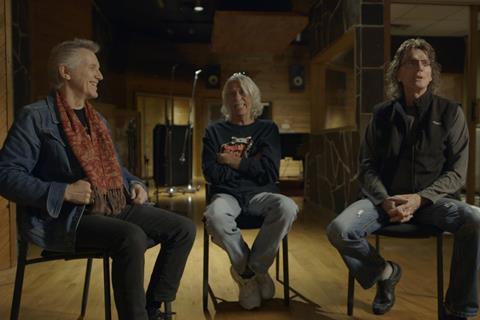 Sam Dunn and Marc Ricciardelli directed the film about the Canadian rock trio that rose to fame in the late 1970’s and early 1980’s before their abrupt departure.

The film, set against a backdrop of spandex, glam hair and pyrotechnics, explores fame and the human condition as the band reunites for what might be the last time. Banger Films produced Triumph: Rock & Roll Machine in association with Revolver Films.

The documentary receives its world premiere in Special Events on the evening of September 10 at RBC Lakeside Drive-In at Ontario Place, after screening in-person for press and industry earlier in the day. Crave holds Canadian rights.

“The Triumph story was compelling to me, Marc, and the Banger team because it was an opportunity to piece together a broken puzzle,” said Dunn. “We wanted to know how and why the band dissolved at the peak of their powers. We’re thrilled to be back at TIFF for the world premiere of this film.”