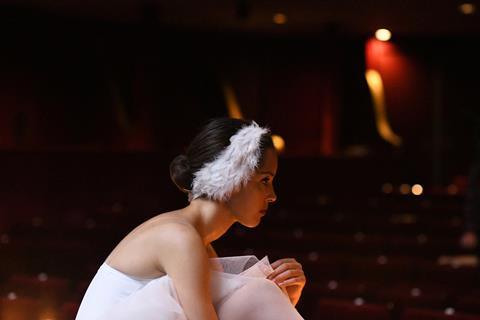 The previously announced project is Meddour’s second feature after Cannes Un Certain Regard breakout Papicha and reunites her with that film’s star Lyna Khoudri, whose other credits include The French Dispatch and The Blessed, for which she won best actress when it debuted in Venice’s Horizons sidebar in 2017.

Khoudri plays a talented ballerina who makes a living as a cleaner and betting on clandestine fights. Her dancing ambitions are cut short after she is brutally attacked by another punter at one of these tournaments. In rehab, however, she encounters other damaged women and resolves to heal them through dance.

Rachida Brakni, whose recent credits include Sisters and Baron Noir, and Papicha co-star Hilda Amira Douaouda also feature in the cast. The Algeria-set drama is produced by High Sea Production and The Ink Connection and Le Pacte have pre-bought French rights.

Meddour’s first film Papicha enjoyed a buzzy festival career after its Cannes debut and also won a raft of prizes, including best Arab film at El Gouna and two French Cesars for best first film and promising actress in 2020.

WBI will be among a handful of sales companies with a physical presence in Berlin this year, even though the EFM has moved online due to a rise in Covid cases in early January.

The company, which is usually based out of separate temporary offices in the car park of the main Gropius Bau hub, is renting an art gallery on Leipziger Street where its sales team will be based during the market.

It has a strong presence in the festival line-up this year thanks to competition titles Both Sides Of The Blade (aka Fire) by Claire Denis and Before, Now & Then by Kamila Andini as well as Dario Argento’s Dark Glasses and Quentin Dupieux’s Incredible But True, which will world premiere as special gala screenings