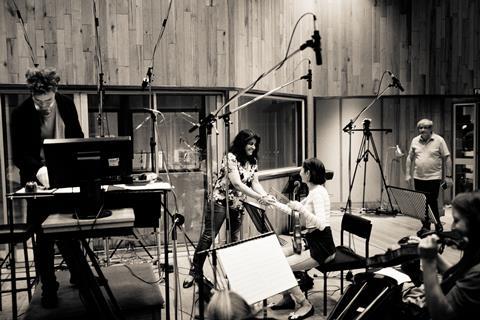 Nainita Desai, nominated in the first wave as film composer of the year, has received two more nominations for The Reason I Jump in the discovery of the year category and the public choice award – which the general public has been voting for over the past year.

The best original composition by a young composer prize will see the winner receive €2,500. This year, participating composers have been asked to write a score for a scene from Nanook Of The North, the silent documentary film from 1922 by Robert J. Flaherty. Competing for this award are Dougal Kemp, a British visual arts composer and sound designer, American composer Matthew Lucado-Donner, and Prokhor Protasov, a Russian composer and conductor.

During the ceremony, the work of the Greek composer Eleni Karaindrou will take centre stage. She will join the Brussels Philharmonic - under the direction of Dirk Brossé - as a soloist at the piano, and she will receive the lifetime achievement award. Works by last year’s winner of the discovery of the year award, Bryce Dessner, will be performed. As announced earlier, the WSA concert will take place in the presence of guest of honour Max Richter.

Discovery of the Year

Sabam Award For Best Original Composition By A Young Composer