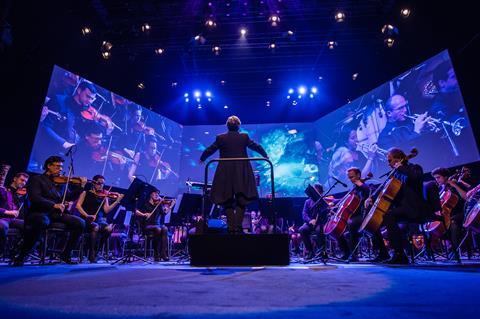 The World Soundtrack Awards has unveiled the first nominations for its 2021 edition, which will take place in its traditional slot as the closing event of Film Fest Ghent on October 23.

The ceremony is scheduled as a physical event this year and will be held at the opera house in Ghent for the first time.

Nainita Desai has benefitted from a rule change that sees documentary scores now eligible for all film score categories. Desai is nominated for American Murder: The Family Next Door, Persona: The Dark Truth Behind Personality Tests and The Reason I Jump.

Rounding out the category are Trent Reznor, Atticus Ross and Jon Batiste for Soul.

This year, there will be six songs, instead of the usual five, competing for Best Original Song. These include the Oscar-winning ‘Fight For You’ from Judas And The Black Messiah by H.E.R., Dernst Emile II and Tiara Thomas; and the Oscar-nominated ‘Hear My Voice’ from The Trial Of The Chicago 7 by Daniel Pemberton and Celeste Waite.

The second round of nominations, for Discovery of the Year, the Public Choice Award and Sabam Award for Best Original Composition by a Young Composer, will be announced at the beginning of September.

Max Richter, who has composed scores for Mary Queen Of Scots, The Leftovers and My Brilliant Friend, will be a guest of honour, while Greek composer Eleni Karaindrou will receive the Lifetime Achievement Award.

See below for the first wave of nominations.

Find out more about the World Soundtrack Awards here and the WSA Industry Days 2021 here.