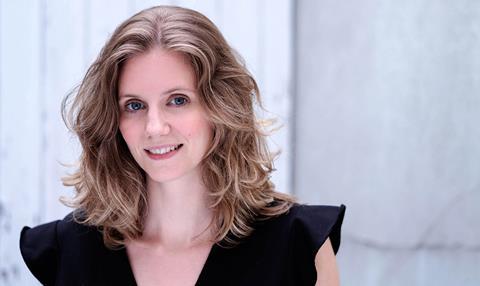 “Len is a perfect fit for Wildgaze, she has immaculate taste and great talent relationships and we’re looking forward to working with her on our existing and future projects,” Dwyer and Posey said.

At Pathé Rowles worked on features including Florence Foster Jenkins, Suffragette, Selma, Pride and the upcoming A United Kingdom and Viceroy’s House.

She joins An Education and A Long Way Down producer Wildgaze with the company on a high after the breakout box office and awards success of John Crowley’s drama-romance Brooklyn, about an Irish immigrant (Saoirse Ronan) who finds work and romance when she lands in 1950s Brooklyn.

The film has taken more than $60m worldwide and scored the Best British Film Award at this year’s BAFTAs.

The company’s development slate includes a TV spinoff of Crowley’s feature. First revealed by Screen earlier this year, the TV version is being developed with the BBC and will revolve around the boarding house for young women run in the film by Julie Walter’s character, Mrs Keogh.

Meanwhile, in post-production on the feature slate is Lone Scherfig comedy We Happy Few starring Sam Claflin and Gemma Arterton.