The studio is teaming up with Frederick Warne & Co. part of Penguin Random House UK, for a live-action-CG feature based on the Beatrix Potter children’s books to feature the voice of James Corden in the lead. 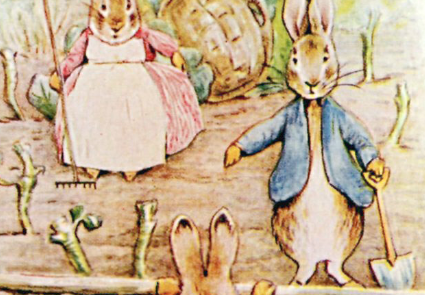 Will Gluck will direct Peter Rabbit, which will be made at Sydney-based Animal Logic, the animation and visual effects studio, with the support of the Australian government through Screen Australia and Screen NSW and in collaboration with Sony Pictures Animation.

Production on Peter Rabbit is due to commence in January 2017 in time for an April 2018 worldwide release. Sony Pictures Entertainment will create a worldwide licensing and merchandising campaign in association with Warne.

Gluck and Zareh Nalbandian of Animal Logic are attached to produce, with Doug Belgrad serving as executive producer alongside Jodi Hildebrand of Olive Bridge and Jason Lust.

Rob Lieber wrote the screenplay with revisions by Gluck.

This year marks the 150th anniversary of the birth of Potter. Frederick Warne has been Potter’s publisher since it published The Tale Of Peter Rabbit in 1902.