The studio announced on Wednesday it had scheduled an untitled instalment for October 27, 2017, marking a return to the horror series last seen in 2010. 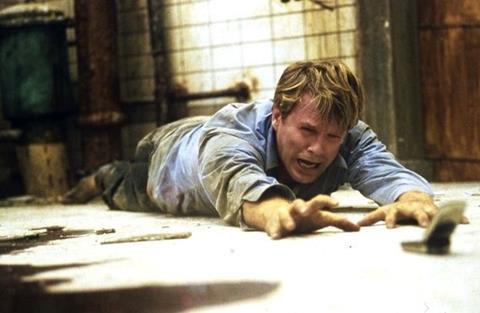 Like each of the previous seven films in the $871m global horror franchise, Untitled Saw Movie will be produced by Twisted Pictures and is set to open just before the Halloween weekend.

Michael Spierig and Peter Spierig, who directed vampire film Daybreakers for Lionsgate, will take the helm.

It remained unclear at time of writing whether Lionsgate Motion Picture Group co-chair and Lionsgate International chief Patrick Wachsberger and his team would pre-sell the title and, if so, when they would introduce it to international buyers.

Further details including cast remain under wraps although some outlets have referred to the latest episode as Saw Legacy. According to horror site Bloody Disgusting, production is scheduled for September-October in Toronto.

The studio could not be reached for comment on Wednesday evening.

Patrick Hughes directs the Millennium Films project from a screenplay by Tom O’Connor about an agent who must team up with a former adversary to stop a dictator.