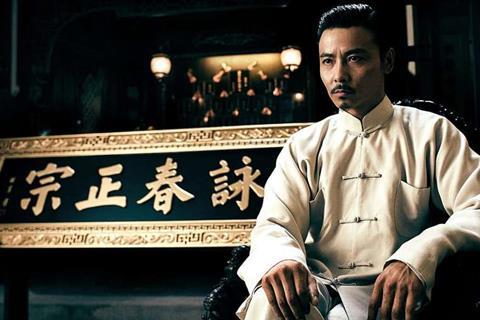 The new film follows a Hong Kong police officer who crosses over to Macao after his fiancée has gone missing and stumbles on a series of murder cases.

The cast is headlined by Zhang Jin who won best supporting actor for The Grandmaster at the 2012 Hong Kong Film Awards, popular Hong Kong actor Kelvin Cheng and Annie Liu.

“The story is imbued with some Chinese mythical elements, which will set it apart from the traditional Hong Kong cop thrillers,” Chan - who is also the screenwriter - told Screen during the set visit.

It marks his first action-thriller, a departure from his early independent productions such as Little Cheung and Durian Durian and subsequent genre films Dumplings and The Midnight After.

Despite the film’s title, the picture is not a sequel to 1997’s Made In Hong Kong, the ultra-low budget production that propelled Chan to international fame.

Sands China is a key sponsor for the filming in Macau, providing accommodation, catering as well as location support. One of the filming locations is the half-size Eiffel Tower at its newly opened The Parisian Macao hotel.

The shoot started on Oct 30 and is expected to wrap in early February, with about 30% filmed in Macau.

Produced by Emperor Motion Pictures, the film is about a Latin dance teacher who takes a group of children to dance competitions. The cast includes Hins Cheung and Echo Hao.