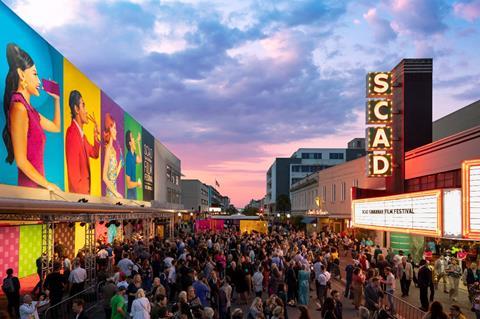 The SCAD Savannah Film Festival is the largest university-run festival in the US, celebrating professional and emerging student filmmakers. It has also become a significant stop on the journey of many films to the Academy Awards. Run by the Savannah College Of Art And Design, a private non-profit accredited US university, the festival is taking place online this year from October 24-31.

Now in its 23rd year, the festival is growing in stature and acclaim thanks to the university’s reputation around the world as a leading university for film and entertainment. With the entertainment industry ever eager to connect with and mentor SCAD students – many of whom go on to successful, impactful and award-winning careers – the festival is a valued place of exchange between industry professionals, students, and international festival-goers.

How large is the festival programme this year?

The SCAD Savannah Film Festival has an incredible reputation as a global showcase of cinematic creativity from both award-winning professionals and emerging student filmmakers. It was very important to us to stay true to the festival’s legacy of programming. This year’s edition continues that tradition. We are screening more than 150 films, with 16 insightful panels featuring industry luminaries and 10 intimate conversations with our honorees. It’s a packed schedule!

How hard has it been to mount an all-virtual festival amid the COVID-19 pandemic?

It was a challenge, but we exceeded our own high expectations. We started researching and testing platforms in April. Once we selected a virtual platform, we began the back-end development, which was a huge undertaking. 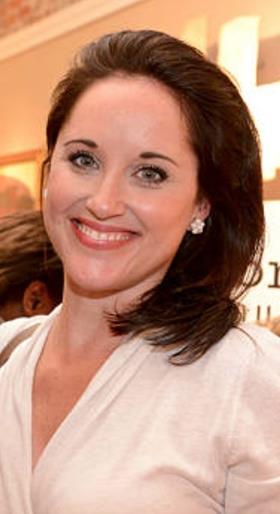 What has been the biggest challenge facing the festival in the current environment?

Our goal with each festival is to provide opportunities for our students and festival-goers to engage with our guests as well as with each other. The social aspect of the festival is a major part of the magic, and we have worked hard to create that same intimate environment. Ultimately, the challenges have become strengths. The virtual festival is a new way for our audiences to enjoy films and special content they can’t see anywhere else, from the comfort and safety of their homes.

Please tell us about some titles from throughout the festival.

November, presented in the Trigger Warnings series, is directed by SCAD student Mae Mann. Within the Black Voices series, the documentary shorts Haven In The Booth, The Island, and Pegasus are all making their world premieres.

The short film Our Side, directed by SCAD student Nicola Rinciari, will screen at the festival in its Southeast premiere. There is the North American premiere of Francesco, the world premiere of Killing Eleanor, as well as regional premieres of films including Kusasa, AGlimpse, SkyWestandCrookedand Sitting.

What themes have emerged from this year’s short film programme?

The Global Shorts Forum is a curated collection of international shorts across multiple genres that focus on world issues. This year’s themes include:  Black Voices, offering a critical dialogue on the Black experience in the US and around the world; Far from Home, spotlighting filmmakers who reckon with ideas of home, issues of displacement, and the struggles of immigration; HER Story, bringing the feminine perspective into focus; and One Planet, taking on planetary issues including climate change, clean earth activism, and environmental justice.

The films presented in our Shorts Spotlight series transcend traditional modes of filmmaking with stories that make us laugh, consider the challenges many people face, and change the way we think about the world around us.

Shorts Spotlight themes include: Animated Gems, featuring animated shorts by both student and professional filmmakers; Overcoming Obstacles, presenting stories of people with disabilities who overcome hardship to pursue their dreams and a better quality of life; Pride Parade, exploring ideas of identity and the LGBTQIA experience; and Trigger Warnings, examining the things that trigger us, the fears that stir in us, and the inner struggle for emotional and mental resiliency.

How important is diversity to your festival?

As a university with locations on two continents and students from all around the world, diversity is of the utmost importance. We always endeavor to select films that offer greater representation of often marginalised communities, both in front of and behind the camera.

Our Black Voices series offers a critical dialogue on the Black experience in the US and around the world, and our Pride Parade series explores ideas of identity and the LGBTQIA experience.

The festival will also be screening films by more than 64 women filmmakers and hosting our annual Wonder Women panels, making us one of the few festivals that continues to highlight the work of women artists from around the world.

What is the role and impact of the festival beyond the student community?