A film directed by Kristen Stewart is among a diverse and provocative roster of 68 shorts announced by festival brass on Tuesday. 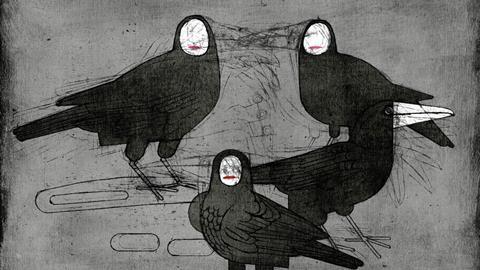 Stewart’s Come Swim, described as a two-part study of a man’s day, will play in the U.S. Narrative Short Films section, which includes stories about family struggles, love and technology.

The international category includes Chilean filmmaker Francisca Alegría’s And The Whole Sky Fit In The Dead Cow’s Eye, about a visit by a ghost, and Shola Amoo’s Dear Mr. Shakespeare from the UK, which draws parallels between Othello and immigration and race in the UK today.

Documentary subjects cover a broad range from a sewer system diver in Mexico City (The Diver, by Esteban Arrangoiz), to cigarette smuggling from Oscar-nominated Lewie Kloster (Legal Smuggling With Christine Choy), to harvest season in the Florida Everglades (The Rabbit Hunt, by Patrick Bresnan).

Midnight section brings tales of a satanic sex cult (Fucking Bunnies from Finland’s Teemu Niukkanen) and a liquor store break-in (The Robbery from US filmmaker Jim Cummings), while animation explores miscommunication and vulnerability (It’s A Date by Zachary Zezima of the US) and a German women’s prison (pictured, Broken – The Women’s Prison At Hoheneck by Germany’s Volker Schlecht and Alexander Lahl.)

Mike Plante, senior programmer for the Sundance Film Festival, said, “Each year we see more short films from around the country and from more regions around the world, which is exciting as we want to discover new voices to support. This year’s crop captures the full spectrum of what short films can be: emotional, hilarious, horrifying and touching – sometimes all at once.”

Click here for the full line-up. The Sundance Film Festival is scheduled to run from January 19-29.