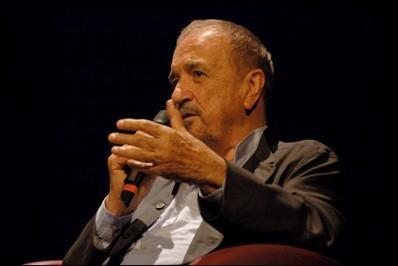 He will be honorary guest at the 29th European Film Awards Ceremony on 10 December in Wroclaw.

Carrière started out writing short novels based on the films of Jacques Tati. Through Tati he met Pierre Étaix with whom he made several films, among them the short Happy Anniversary (1962), which won them an Oscar.

Together with Luis Buñuel, the Frenchman wrote the screenplay for Diary Of A Chambermaid (1964), in which he also played the part of a village priest. This started a 19-year-collaboration on the scripts of almost all of Buñuel’s later films, including Belle De Jour (1967) and The Discreet Charm Of The Bourgeoisie for which they won the BAFTA for Best Screenplay.

He received another BAFTA for The Unbearable Lightness of Being (1988), which he co-wrote with the film’s director Philip Kaufman, and a French César for his collaboration on the script for The Return Of Martin Guerre (1982), directed by Daniel Vigne.

He also collaborated on the screenplays for The Tin Drum (1979 by Volker Schlöndorff, Cyrano De Bergerac, directed by Jean-Paul Rappeneau, and was script adviser for EFA winner The White Ribbon (2009), directed by Michael Haneke.

In 2015, Carrière received an honorary Oscar.