World premieres of Wim Wenders’ Every Thing Will Be Fine, Oliver Hirschbiegel’s Elser (13 Minutes) and Pablo Larraín’s The Club added to programme. 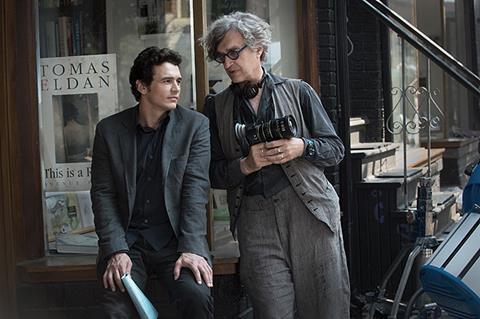 Some 21 of the 23 titles will be world premieres, and 19 features from across Europe, North America, the Middle East and Asia will compete for Golden and Silver Bears.

New additions include Wim Wenders’ Every Thing Will Be Fine, which will play out of competition. The film, shot in 3D, stars James Franco as a writer who accidentally hits and kills a child while out driving. Co-stars include Charlotte Gainsbourg and Rachel McAdams.

As previously announced, Wenders will be awarded an Honorary Golden Bear for lifetime achievement and will have ten of his films screened as part of the Homage strand.

Also playing out of competition will be the world premiere of Elser (13 Minutes) from Oliver Hirschbiegel, the German director Oscar-nominated in 2005 for Downfall. The film centres on would-be assassin Georgie Elser, who attempted to kill Hitler on November 8 1939 in the Munich Bürgerbräukeller, where the Nazi leader left the scene only 13 minutes before the explosion.

Other notable additions include Pablo Larrain’s The Club, the Chilean director’s follow-up to the Oscar nominated No, which starred Gael Garcia Bernal.

The Award Ceremony will take place at the Berlinale Palast on Feb 14, closing with a screening of the winner of the Golden Bear.

Cinderella (US)
by Kenneth Branagh
Out of competition

Knight of Cups (US)
by Terrence Malick

Mr. Holmes (UK)
by Bill Condon
Out of competition

Queen of the Desert (US)
by Werner Herzog