Warner Bros’ sci-fi soars to a stunning $9.9m (£6.2m) debut, including previews, from its 543 sites; StudioCanal sets second best year ever at the UK box office as Rush crosses £10m. 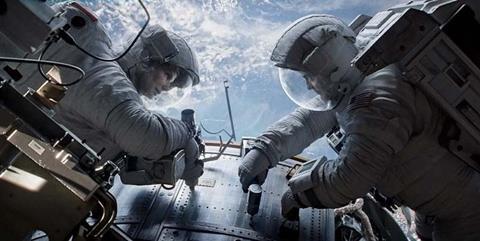 Continuing its fantastic international run, Gravity has landed at the UK box office, hammering Thor: The Dark World from the top spot on debut.

An auspicious first week has Stephen Frears’ based on real life drama at a ten-day tally of $7.6m (£4.8m), with £10m a definite possibility if it continues to post healthy midweek numbers thanks to critical acclaim and strong word-of-mouth.

Bad Grandpa should become the best UK performer of the Jackass franchise by next weekend at the latest, with only Jackass 3D’s $9.1m (£5.64m) to surpass.

With just China to release in terms of major markets, the UK performance of Ron Howard’s biopic represents 27% of the international performance and almost 19% of the worldwide haul.

StudioCanal’s In Fear, Eros’ Ram-leela and Lionsgate’s Dom Hemingway all receive wide releases, while Sony’s Battle of the Year and Dartmouth Films’ Utopia are among the films receiving a limited release.