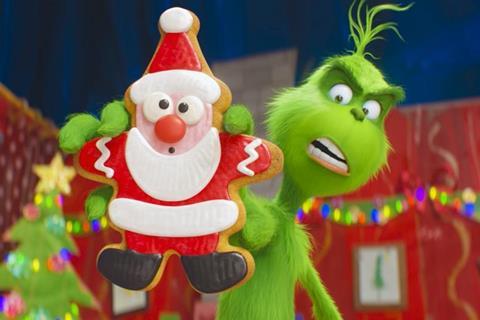 The Grinch opened in 4,141 theatres. Benedict Cumberbatch voices the curmudgeonly creation from the Dr. Seuss children’s books, which also features Rashida Jones, youngster Cameron Seely, and narrator Pharrell Williams. By way of comparison, How The Grinch Stole Christmas voiced by Jim Carrey opened on $55m in November 2000, which adjusts for inflation to $79.9m.

There were two other debutants in the top 10. Paramount launched its World War Two horror Overlord, produced by J.J. Abrams, at number three on $10.2m, and Sony’s The Girl In The Spider’s Web starring Claire Foy as ace hacker Lisbeth Salander arrived in sixth place on $7.8m.