Early in the market, in one of the first major deals for a competition title, Sony Pictures Classics has swooped to acquire Paul Verhoeven’s Elle. 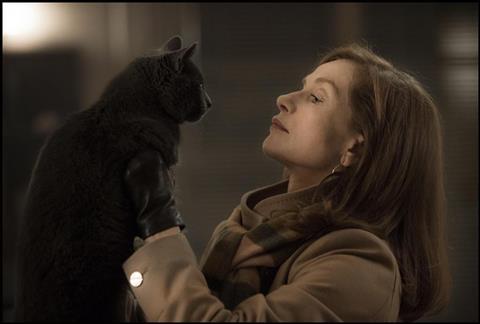 Elle screens late in the festival but which is already generating considerable buzz and controversy, both for its rape scene and for a performance by Isabelle Huppert that is said to be remarkable.

Michèle (Huppert) seems indestructible. Head of a leading video game company, she brings the same ruthless attitude to her love life as to business. Being attacked in her home by an unknown assailant changes Michèle’s life forever. When she resolutely tracks the man down, they are both drawn into a curious and thrilling game that may, at any moment, spiral out of control.

“This thriller is Paul Verhoeven at his very best and Isabelle Huppert gives the performance of a lifetime,” said Sony Pictures Classics. “Elle promises to be a hit with audiences this fall. We are pleased to be working again with Paul, Isabelle and Saïd.”

Paul Verhoeven said, “Sony has always been my home in the US and I’m excited that Sony Classics will take care of Elle with the wonderful actress Isabelle Huppert. I’m pleased that even my European films have ended up with them.”