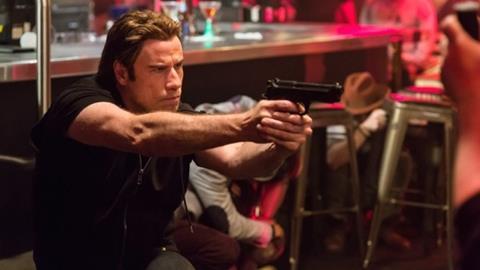 The outfit has acquired all rights for the thriller I Am Wrath, starring John Travolta, Rebecca de Mornay and Sam Trammell, from Hannibal Classics.

Travolta stars as a man out for justice after a group of corrupt police officers are unable to catch his wife’s killer.

From Voltage, the company struck a deal for supernatural thriller Bedeviled, about a diabolical app which terrorizes a group of teens.

Meanwhile, following a deal with Kaleidoscope, the company will release thriller River, in which an American volunteer doctor (Rossif Sutherland) in Laos becomes a fugitive after he intervenes in the sexual assault of a young woman.

From Indie Sales, the company struck a deal for Benoit Magimel-Reem Kherici action film Fast Convoy, in which a convoy shipping a ton of cannabis is disrupted following a shoot out that results in the kidnapping of a tourist.

COO Stephan Giger commented: “We’re happy to return from Berlin with a perfect mix of exciting completed films to further strengthen our 2016 slate as well as a couple of promising pre-buy projects to look forward to!”