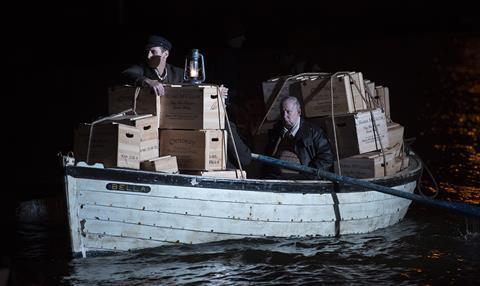 The company is lining up a summer 2017 launch in both markets.

Based on Sir Compton Mackenzie’s book, the Edinburgh debut charts the story of Scottish islanders who try to plunder cases of whisky from a stranded ship.

The deal was brokered for GFM Films by partner Fred Hedman who commented: “We are sure audiences across the UK and North America will love this fun, heart-warming tale that offers audiences much needed warmth and entertainment in today’s unsettling times.”

Commenting on the acquisition, Arrow Film’s Tom Stewart said: “Arrow Films are delighted to be bringing this wonderfully charming and fresh re-telling of the British Classic film to audiences in both U.K./Eire and the US and Canada in 2017. We’re also very happy to be forging a strong relation with all the team over at GFM Films.”

Arrow launched US classics/cult label Arrow Video around two years ago and the company is in the process of tying up alliances with local partners in the market.