From Blade Runner to new films by George Clooney and Richard Linklater, these are the hottest projects from the US and Latin American to arrive in 2017. 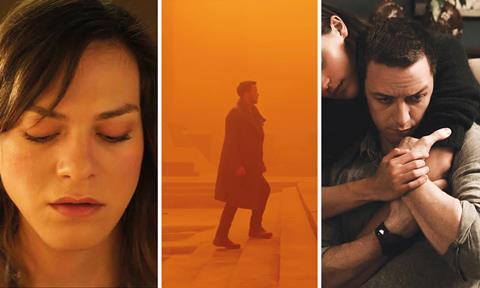 Villeneuve directs Alcon Entertainment’s sequel to Ridley Scott’s 1982 sci-fi classic. Ryan Gosling plays the enigmatic lead, LAPD officer K, while Harrison Ford dusts off his raincoat as replicant hunter Rick Deckard. Warner Bros will release in North America and Sony distributes internationally. The film is set to open on October 6 and a Toronto berth would appear to be in order for the Canadian auteur.

Natalie Portman stars in Garland’s much-anticipated directorial follow-up to Ex Machina, about an expedition to a strange region where the laws of nature do not apply. Jennifer Jason Leigh, Oscar Isaac and Westworld’s Tessa Thompson round out the key cast on the adaptation of Jeff VanderMeer’s novel. Annihilation is produced by DNA Films’ Andrew Macdonald and Allon Reich, with Scott Rudin. The executive producers are Eli Bush and Jo Burn.

Moverman’s latest film has already booked a Competition slot in Berlin and explores the lengths to which parents will go to protect their children. A stellar cast features Moverman’s Time Out Of Mind star Richard Gere alongside Laura Linney, Rebecca Hall, Chloe Sevigny and Steve Coogan. Based on the bestselling Dutch-language novel by Herman Koch.

Payne is in post on this social satire starring Matt Damon, Kristen Wiig, Jason Sudeikis and Christoph Waltz. Paramount Pictures, which distributed Payne’s 2013 awards contender Nebraska, holds worldwide rights to the Annapurna Pictures production about a man who opts for a better life by agreeing to shrink himself.

Alicia Vikander pairs with James McAvoy in a romantic thriller directed by Wenders and co-starring Charlotte Rampling. Submergence is about the memory of a fleeting romance that connects a deep-sea diver and a man held captive by jihadist fighters. UTA packaged the project and is handling US rights.

Clooney directs Matt Damon, Julianne Moore, Josh Brolin and Oscar Isaac in this dark comedy about the horror of suburbia, based on a screenplay by Joel and Ethan Coen. Black Bear Pictures fully financed the film, which sparked the deal of Berlin 2016 when Paramount snapped up US rights for a reported $10m.

As soon as word got out in Toronto that Anderson was reuniting with his There Will Be Blood star Daniel Day-Lewis, the 2017-18 awards season had its first heavyweight contender. Little is known about the project, save it is set against the backdrop of the 1950s London fashion scene. It is produced by Focus Features and Annapurna Pictures.

Julianne Moore and Michelle Williams co-star in a drama weaving together parallel stories about a boy in the US midwest and a young New York girl 50 years earlier, who share a mysterious connection. Amazon Studios will distribute in the US.

Chilean auteur Lelio took part in the Berlinale’s Competition in 2013 with Gloria. His follow-up A Fantastic Woman, for Participant Media, Fabula and Komplizen, stars newcomer Daniela Vega as a waitress who moonlights as a nightclub singer when her older boyfriend dies suddenly. Francisco Reyes and Neruda’s Luis Gnecco also star.

I Dream In Another Language (Mex)
Dir: Ernesto Contreras

Contreras’s Mexican drama is premiering in Sundance and tells of a young linguist who ventures into the jungle in an attempt to connect the last two speakers of an ancient language who have not communicated for half a century. Fernando Alvarez Rebeil, Eligio Melendez, Manuel Poncelis and Fatima Molina star.

Landes directs this Colombian drama about a group of hedonistic and armed teenagers on a remote mountaintop who must do what-ever they can to keep a kidnapped American woman alive. The fun ends when a borrowed cow is accidentally killed. Julianne Nicholson stars.

Martel’s much anticipated adaptation of the novel by Antonio di Benedetto takes place in the late 18th century. A South America-born officer of the Spanish crown awaits the arrival of a missive declaring the possibility of his returning to his wife and children. The multi-territory co-production was delayed last year when Martel had to leave the project due to personal circumstances.