Screen profiles some of the hottest projects from France, Germany, Italy, Spain and Eastern Europe/Russia in 2018. 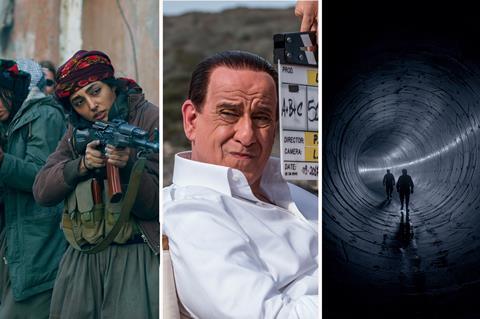 Our picks from the Nordic region are HERE, and the UK/Ireland HERE.

Dir: Stéphane Brizé
After their fruitful collaboration on The Measure Of A Man, Brizé and actor Vincent Lindon, who won the best actor prize at Cannes in 2015 for his performance in that gritty drama, have reunited for another socially engaged tale, this time about a union leader fighting a factory closure. Long-time collaborators Christophe Rossignon and Philip Boeffard at Nord-Ouest Films, who worked on The Measure Of A Man, are producing. Contact: Juliette Schrameck, mk2 Films

Dir: Michel Ocelot
French animation maestro Ocelot plunges spectators into the heart of Belle Epoque Paris with this adventure tale about Dilili, a young Kanak girl who embarks on an investigation into a series of kidnappings with the help of her delivery-driver boyfriend. Arte and Nord Ouest Films produces; Mars will distribute in France. Contact: Eva Diederix, Wild Bunch

Dir: Asghar Farhadi
Farhadi’s follow-up to Oscar winner The Salesman stars Penelope Cruz, Javier Bardem and Ricardo Darin in a Spanish-language psychological thriller. The Iranian director focuses on a homecoming trip by a Buenos Aires-based Spanish woman with her Argentinian husband and children, which is upset by an unexpected event that brings old secrets into the open. The France-Spain-Italy co-production is led by France’s Alexandre Mallet-Guy (Farhadi’s The Past and The Salesman) of Memento Films and Che executive producer Alvaro Longoria of Spain’s Morena Films, with Andrea Occhipinti’s Italian indie giant Lucky Red. Contact: Memento Films International

Girls Of The Sun 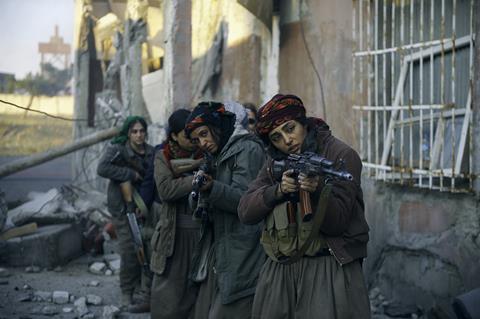 Dir: Eva Husson
Golshifteh Farahani co-stars in this tale of sisterhood and female empowerment inspired by recent real-life events. The Iranian actress plays the commander of a battalion of female Kurdish fighters, determined to take back their towns and villages after they are seized by extremists. The cast also features Emmanuelle Bercot in the role of a veteran reporter, a character inspired by late journalist Marie Colvin. Didar Domehri of Paris-based Maneki Films, producer of Eva Husson’s teen-sex drama Bang Gang (A Modern Love Story), is lead producing. Contact: Adeline Fontan Tessaur, Elle Driver

Dir: Claire Denis
Robert Pattinson, Mia Goth and Juliette Binoche lead the cast in this deep-space-set psychological drama about a group of convicted criminals sent on an experimental mission to a black hole. Pattinson plays the only surviving member of the original convict crew who lives in isolation alongside his daughter. Producers include Laurence Clerc and Olivier Thery Lapiney at Paris-based Alcatraz Films, Claudia Steffen and Christoph Friedel for Germany’s Pandora Film, Oliver Dungey at the UK’s The Apocalypse Films Company and New York-based Andrew Lauren Productions. Contact: Eva Diederix, Wild Bunch

Dir: Jean-Luc Godard
When Godard’s first film in four years was announced at the end of 2016, it was described as “a reflection on the Arab world”. The director is being characteristically enigmatic about the final work, and the official synopsis gives few clues: “Nothing but silence, nothing but a revolutionary song, a story in five chapters like the five fingers of a hand.” Expect the veil of mystery to be lifted at this year’s Cannes. Wild Bunch is both producing and handling international sales. Contact: Eva Diederix, Wild Bunch

Dir: Babak Jalali
Jalali’s modern-day Western focuses on the Yellow Eagle family, residents of a Native American reservation coming to terms with the death of a son during military service in Afghanistan and facing up to the twin scourges of racism and alcoholism. Contact: Gilles Sousa, Bac Films 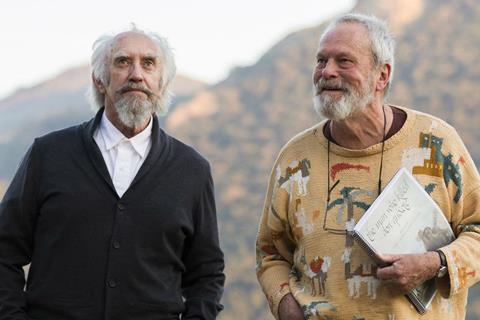 The Man Who Killed Don Quixote

Dir: Fabienne Godet
The lines between reality and fiction blur in Godet’s tale about a group of five strangers between the ages of 18 and 50 who come together as they attempt to reconstruct lives and relationships destroyed by years of addiction. Bertrand Faivre of The Bureau produces. Contact: The Bureau Sales

Dir: Cédric Kahn
A young drug addict elects to join a community of former addicts living in isolation in a remote mountain community in a bid to beat his habit. Slowly embracing the spartan lifestyle of abstinence, hard work and prayer, he even discovers faith and love until a new torment enters his life. Sylvie Pialat (Stranger By The Lake, Timbuktu) at Paris-based Les Films du Worso produces alongside Jacques-Henri Bronckart and Olivier Bronckart at Belgium’s Versus Productions. Contact: Camille Neel, Le Pacte

Dir: Sébastien Marnier
Laurent Lafitte, best known internationally for his role in Paul Verhoeven’s Elle, stars as a teacher brought in to replace a form tutor who threw himself to his death in front of his teenage students. He slowly becomes aware of a sinister undertone in the behaviour and actions of his new class. Caroline Bonmarchand of Paris’s Avenue B, who previously collaborated with Marnier on his well-received debut thriller Faultless (Irréprochable), is producing. Contact: Celluloid Dreams 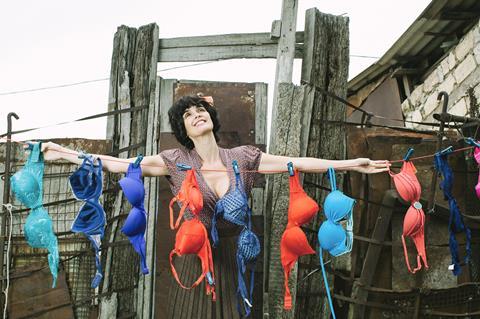 Writer-director-producer Helmer is looking to add to his 180 film awards with this tragicomic tale told without dialogue and set in Azerbaijan. Veteran Serbian actor Miki Manojlovic (Underground) heads a stellar international cast as a train driver whose increasingly creative attempts to reunite a blue bra with its owner arouse the ire of the local husbands. Contact: Pluto Film 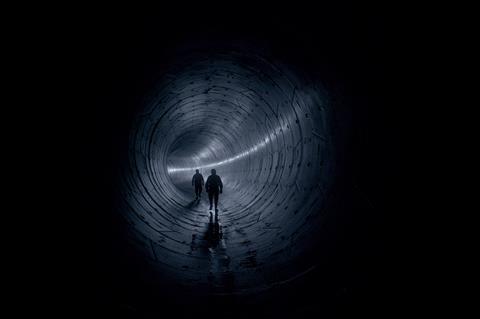 Dir: Victor Moreno
The Goya-nominated director of The Building is currently editing this documentary, winner of the Eurimages Lab Project Award at Les Arcs 2016, about the underground world of Madrid: a labyrinth of galleries, tunnels, sewers and transportation networks. The Spain-France co-production from El Viaje Films and Pomme Hurlante Films will present “real characters and locations filmed as if they were fictional”. Contact: Jaime Weiss, El Viaje Films

Memories From The Cell

Dir: Matteo Garrone
Inspired by real events, Dogman revolves around one of the most gruesome homicides in recent Italian history: a story of torture and humiliation involving criminals on the outskirts of Rome. Garrone’s latest — which is produced by Le Pacte and Garrone’s own Archimede, together with Rai Cinema — features a cast of relative unknowns. Contact: HanWay Films 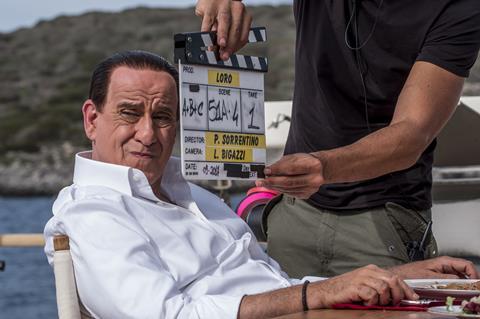 Dir: Paolo Sorrentino
With the Italian title — Loro — a play on words, meaning both “them” and “gold”, this is Italy’s disgraced former prime minister Silvio Berlusconi seen through the eyes of Sorrentino. Toni Servillo takes the main role. Them is produced by Francesca Cima and Nicola Giuliano for Indigo Film. Contact: Pathé International

Dir: Valeria Golino
Actress-filmmaker Golino is back behind the camera following 2013 Cannes entry Honey. Jasmine Trinca, Riccardo Scamarcio and Valerio Mastandrea star in a story about two antagonistic brothers forced together by circumstances. The film recently wrapped and is produced by HT Film and Indigo Film, together with Rai Cinema. Contact: HT Film

Dir: Alice Rohrwacher
The third feature from Rohrwacher, who won the grand jury prize at Cannes in 2014 with The Wonders, sees the director reuniting with sister Alba in the lead role. Details of the story are being kept under wraps, save that it is told from the point of view of a man who travels through time — however, the genre is not science fiction. Principal photography ends this month with Tempesta Film producing. Contact: The Match Factory 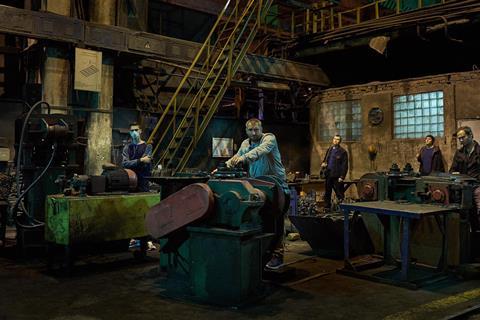 Dir: Yuri Bykov
Russian director Bykov follows his award-winning The Major (2013) and The Fool (2014) with this thriller (aka Zavod), which focuses on a group of factory workers led by an ex-soldier (The Major’s Denis Shvedov) who decide to take action against the local oligarch when news breaks that the factory is set to close. Contact: Eve Diederix, Wild Bunch