David Gordon Green talks about seeing himself in his latest film Prince Avalanche, indie vs studio films and future projects. 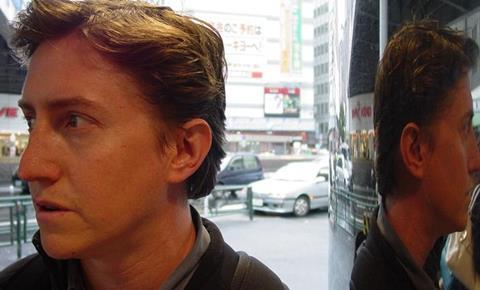 Paul Rudd and Emile Hirsch star as two highway road workers who spend the summer of 1988 away from their city lives. The isolated landscape becomes a place of misadventure as the men find themselves at odds with each other and the women they left behind.

What attracted you to the source material?

I fell in love with the original. But I saw a different version and got excited about that different film. I identified with the characters, recognising some of myself in them.

You saw yourself in it?

I identified with both characters quite a bit but personalised the characters of the original even more, so you’ve got a guy who considers himself a man of the outdoors, angles himself as a ‘wildernesss authority’, more so than he is in reality.

The other is the young struggling punk wrapping his head around relationships and getting a girl pregnant. Both are struggling with male identity and their relationships with women. Both are applicable to me, to some extent, and the contradictions and conflicts I have in me today.

Did you enjoy working on a remake?

I’d never done a remake before, actually. I wrote quickly. The first draft was done in three days.

Remakes are a great idea. I’d love someone to do one of mine. Either George Washington or Your Highness. A western version of Your Highness, maybe.

I gather you asked the actors to keep the film quiet?

Because I didn’t know what it was. I didn’t want anyone else’s feedback other than ours. I’ve known every one of the key crew on the movie since film school. I wanted it to be a cleansing process where we didn’t have to deal with exec notes or financier’s notes.

We were due to shoot in 18 days. We finished in 16 and came in under budget.

Did you have fun on the film?

Absolutely. It was a blast. It was just far enough outside Austin where I live that we all went out there and stayed in a local motel. We would go to bars in the evenings and eat burgers.

This is a more intimate film than some of your recent comedies. You started out making smaller, independent dramas and now you’ve made Prince Avalanche, Joe and I understand Manglehorn will be next. Why the return?

I don’t know. I’m not sure that Manglehorn won’t be a comedy, either. But Joe certainly isn’t. I don’t think about things like that. The only frustration on those more recent, bigger films is the time the whole process takes.

For Joe, I’ve known the book for a while. But with Prince Avalanche I just wanted to make it and not over-analyse it.

So you’re not getting tired of broader comedies?

Yes and no. When you’re making a studio comedy you have to be more conscious of the audience reaction to it. Compromise isn’t the right word. All the films I’ve made have been my movies. No-one has ever said ‘you can’t put that in your movie’, but recoupment is of course key for those films.

Did you enjoy working out of the studio set-up again?

Studios are awesome. There is a great dance to be played between my interests and those of a studio. But it was nice not having to think about opening weekend as much, yes.

Would you like to make another film of Your Highness’ scale?

For sure, if the right project came along. I worked with some great artists and technicians on that film. It was an incredibly gifted team.

The main thing is I don’t want to work on a movie that’s going to take a year and a half of my life, or two years. I’ve got young kids and a lot of things I need to do.

I don’t have a dream project. A lot of filmmakers have that. I’ve already hit all my goals. Now it’s about having a really good time. Artistically, I could die happy. There are a lot of things my ego and curiosity as a filmmaker want to explore, though. New genres, subjects, countries to shoot in.

I’m really looking forward to Joe. Will it be your toughest film to date?

I’m excited about it. It’s heavy, tough, gritty, violent, upsetting. It’s up there with my toughest. Snow Angels was tough, too. Joe is more distant from my real life, more than Snow Angels.

Joe looks at southern masculinity. There’s such a cultural shift for men in the US now.  I can’t tell you how many friends I have who are stay at home dads while their wives are out earning the wage.

I think so. I’m supposed to start prepping that when I get back from Toronto.

Al Pacino is in?

I hope so. It’s looking good. I wrote it for him. It’s him or it’ll need a major re-conception. We’ve been doing read-throughs. It would be unlike anything he has done since Scarecrow, which I think is his best film. The tone is similar.

Do you have other cast?

We have some cast in mind. It’s an unusual cast. Your eyebrows will rise in a happy way. People will be confused by the cast but let’s just accept the craziness and something unique will happen.

Sometimes the wrong train will take you to the right destination, as he says in The Lunchbox.

That’s the story of my life.  You never know what you’re getting into then it turns out to be a great idea. I was in Paris last year trying to get to India. I said ‘I’m going to take a train and get off when I get bored’. I’d walk a few miles, find somewhere to stay, and carry on.

You’re prolific and your name is attached to a lot of projects. Any other films up your sleeve?

I had an idea the other night I thought would be good. I was listening to the Houston night dispatchers. I’d like to do a visual film about police dispatches, about crime and authority in Houston, with a great soundtrack. No narrative, an hour-long, a Godfrey Reggio-type movie. It doesn’t need to be long.

There are too many long films today…

The best movie ever made is 42 minutes long: the Dyan Cannon film Number One. The length of films today makes me mad. When we were kids we watched a lot of films again and again. Who is going to watch a two-and-a-half-hour film again and again. I don’t know anyone who doesn’t bitch about it. It’s one thing if you’re making a meditative Bela Tarr film.  I’d watch that for five hours. But popcorn films shouldn’t be that long.