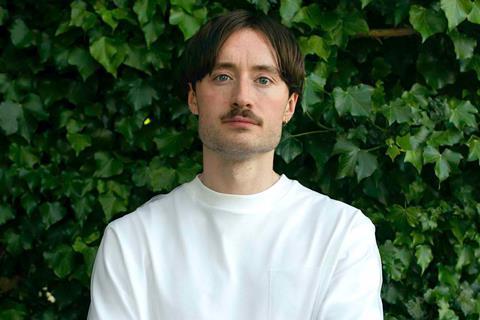 Kelly relishes the “macro perspective” of his role at Mister Smith Entertainment, where he has worked from start to finish on Phillip Noyce’s thriller Lakewood starring Naomi Watts, and helped launch romantic comedy The Hating Game and upcoming comedy-horror Werewolves Within. “You’re not necessarily originating the project or working on story, but ultimately you are shaping how a film gets out into the world and who connects with it,” he says.

At Lionsgate UK, where Kelly worked in international sales before joining Mister Smith in 2019, he handled the global rollouts for titles ranging from Oscar winners La La Land and Green Book, to parts two and three of the John Wick action series. He credits his outlook to Laura Kim, who hired Kelly as her assistant while head of marketing and distribution at Participant Media. “She is the hardest-working person I know in this industry, entirely driven by a love of championing filmmakers,” Kelly says.

Mister Smith’s 2021 Cannes slate, led by Brian Epstein biopic Midas Man and true-crime thriller He Went That Way, was formed through a need “to be more discerning than ever”.

“It is up to producers, financiers and sales agents to envisage what doesn’t exist yet,” says Kelly, “and to find innovative ways of realising these projects without relying so heavily on pre-sales.”