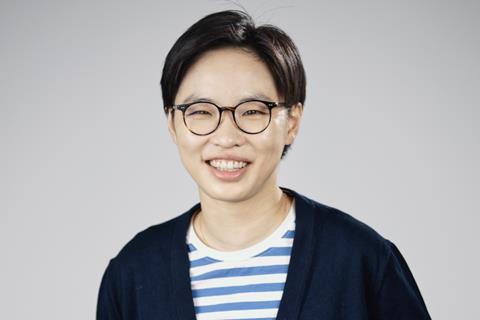 After graduating from USC, Ding landed her first job at IM Global, assisting Leslie Chen (who headed up the Beijing office) on the sales of blockbusters by Huayi Bros and Enlight Pictures including Detective Dee: The Four Heavenly Kings and Mojin: The Lost Legend. After moving to Beijing Culture in 2018, where she stepped up to become senior sales manager, Ding adopted a rare hybrid distribution approach for sci-fi The Wandering Earth, selling it to Netflix worldwide and to multiple territories for day-and-date release in 2D, 3D and IMAX versions.

“In China, international sales are a very small business compared to the domestic market,” says Ding. To further promote Chinese films internationally, she set up Blossoms Entertainment in late 2019 — right before the pandemic hit. However, Ding has been back working in the Blossoms office since May 2020.

One of the first titles on her debut slate was war film The Eight Hundred, which Huayi Bros had already sold to major territories including North America, Australia and the UK. “We still managed to sell it almost everywhere except South America and most of them are cold markets for Chinese titles,” says Ding. “It’s a breakthrough that a Chinese title could complete sales worldwide, and more importantly, release theatrically in each territory. The whole theatrical distribution lasted more than a year, something I have never experienced before.”