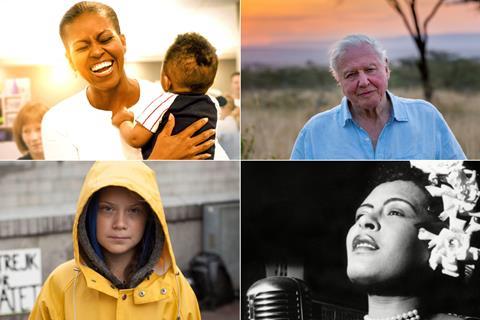 (Clockwise from top left) ‘Becoming’, ‘David Attenborough: A Life On Our Planet’, ‘Billie’, ‘I Am Greta’

While the longlists produced by voters and juries for this year’s Bafta Film Awards have drawn broad support, an exception might be the documentary category, which is determined by the votes of an opt-in chapter.

Titles considered to be strong contenders this year for documentary awards — such as Time and Boys State — missed out on the 15-strong longlist, while a number of fairly conventional choices made the grade.

“I am a bit staggered by the omission of Time,” opines one publicist. “A film that is considered the frontrunner for the best documentary Oscar doesn’t even get on a longlist of 15 from Bafta.”

Others who spoke to Screen agree. “It feels like the documentary category has become the casualty of this whole process,” suggests one awards campaigner. “When I saw that list, it felt a little bit lowest-common-denominator in a category that deserves to be so different.”

Bafta does not publish information about the number of voters in each chapter, but one awards campaigner suggests this year recorded a big increase in participation in documentary, to 3,000-plus voters (from 7,000). And those many voters were asked to choose from an intimidating 77 titles submitted to this year’s Bafta documentary category.

In contrast, the 15-strong documentary shortlist for the Oscars is created by votes from the documentary branch, who are filmmakers. The titles that make it through reflect the tastes and enthusiasms only of documentarians — and this year those include not just Time and Boys State, but such formally adventurous works as Gunda and Notturno, which are all titles overlooked by Bafta voters.

One prominent documentary producer points to the inclusion of Collective — Alexander Nanau’s film about a Romanian healthcare scandal — on the Bafta longlist as a counter-argument. “I don’t think anyone could argue that it’s wildly commercial,” he suggests.

It is worth recalling that the past five years have seen only limited overlap between the Oscar and Bafta documentary category: only seven titles (American Factory, For Sama, Free Solo, RBG, Icarus, 13th and Amy) were nominated for both, from a potential 25 had the nominations matched exactly. 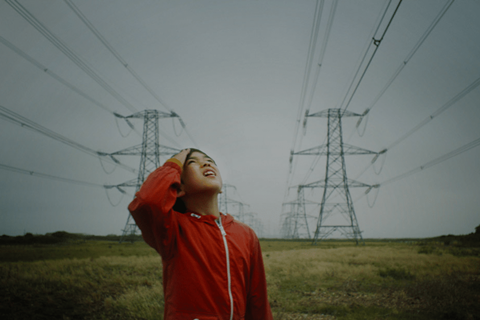 BFI Doc Society fund executive Lisa Marie Russo laments the omission of The Reason I Jump from the Bafta longlist, as well as “longitudinal films” Love Child and Time, but points to The Truffle Hunters, Crip Camp, Collective and I Am Greta as evidence the voting system reforms are going in the right direction.

She also suggests the Bafta View portal could help level the playing field — “Voters used to preference titles that came on DVD, or with screenings and drinks and Q&A events, and those were films with P&A budgets” — and does not oppose Bafta extending the opportunity for more voters to participate in the documentary category.

The Reason I Jump — Jerry Rothwell’s immersive film exploring the experiences of nonspeaking autistic people around the world — did make the 12-film longlist for outstanding British debut, as did White Riot, Being A Human Person and The Australian Dream.

None made the Bafta documentary longlist. Notably, the whole process for the outstanding British debut Bafta is determined by a jury.

The documentary producer has mixed feelings on Bafta’s process. “If documentary as a form is becoming more popular, then broadening the voting to non-documentary people may not be a terrible thing,” he says. “But if that leads to the favouring of films based on their visibility rather than their merit, then, obviously, that’s a bad thing.”

One solution might be to add a longlisting jury for the documentary category, which could augment the choices of the opt-in chapter, as was the case this year for the director and performance categories. That might also tackle another issue raised by the producer: “Where’s the diversity in the documentary list?”

There are seven female directors and 15 male ones across the 15 director teams on the Bafta longlist, and non-white filmmakers in only three of the teams (All In: The Fight For Democracy, Becoming and MLK/FBI). Crip Camp is directed by an able-bodied woman and a disabled man.

The producer suggests the poor remuneration of the profession tends to create a preponderance of filmmakers with independent means. “Historically, documentary has been very white, and quite privileged,” he says.

That’s an imbalance Bafta may wish to address in the future.