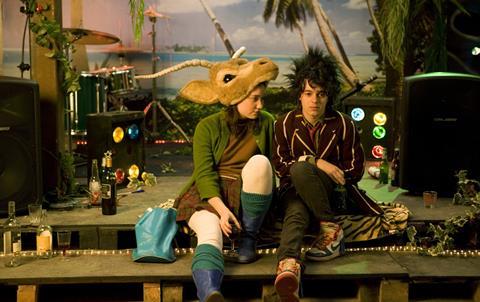 Argentina’s Alex Dos Santos wears his romanticism on his sleeve in his second feature, a stylish ode to the ache of youthful passions set against a chic and multi-cultural London. Although it’s rough around the edges and narratively shapeless. Unmade Beds is told in a confident visual style and drenched in original music, a combination which recalls every youth-oriented movie from Bande A Part to The Virgin Suicides.

Hip teen and twentysomething audiences will respond to the film, and it should certainly develop a loyal following in France and the UK even if ultimately it is too small to make much of an impression on the box office.

It’s always a pleasure to see the emergence of a young film-maker with a self-assured voice. Dos Santos, who was a festival favourite with his first film Glue, also brings a big heart to the table, and a modern sensibility which embraces multiple nationalities, myriad lifestyles and sexual fluidity. The fact that he is an Argentinian working in the UK with French, Spanish and Dutch leads indicates his global approach to storytelling.

The London that Dos Santos creates will be unfamiliar to many, however, and some will interpret it as a fantasy. All the characters revolve around a well-appointed squat in the heart of the city’s fashionable East End and money is apparently of no concern to anyone. The characters work in or frequent a music club where new bands play their work and beer is consumed with an alcoholic zeal (but mysteriously no drugs are in sight).

The first of the two main characters is the disenfranchised Axl (Tielve), a boyish Spaniard who drinks so much every night that he always forgets what happened when he wakes up the next morning, usually in some unknown girl’s bed. He becomes friends with two of the squatters (Goldberg and Katia Winter) and they invite him to live there. But his real mission in London is to find his father (Lintern) who abandoned him when he was young.

Axl’s story is interwoven with that of Vera (Francois), a French girl who works in a bookshop and also lives in the squat. Having just broken up with her longterm boyfriend, Vera is not looking for a new relationship but one night she bumps into a handsome stranger (Huisman) and the two begin an affair, but foolishly opt not to exchange telephone numbers.

The cast here is impossibly cool - from young Spaniard Tielve (who played the lead in Guillermo Del Toro’s The Devil’s Backbone when he was 12) to handsome Dutch actor and rock star Huisman to British up-and-comer Goldberg.

Taking acting honours is the Belgian actress Francois - who played the mother in the Dardennes’ The Child and the diabolical assistant in Denis Dercourt’s The Page Turner. Pouting and posturing like a classic French starlet, the beautiful Francois acts in English with aplomb and plays the tormented romantic lead to the hilt.