Gravity director to preside over the jury of the 72nd Venezia. 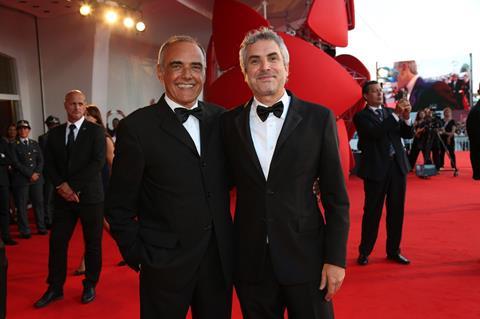 Mexican director Alfonso Cuarón is to preside over the International Jury for the Competition of the 72nd Venice International Film Festival (Sept 2-12), which will award the Golden Lion for Best Film and the other official prizes.

The decision was made by the Board of Directors of the Biennale di Venezia chaired by Paolo Baratta, on the recommendation of the director of the Venice Film Festival, Alberto Barbera.

Cuarón’s connection with the festival dates back to 2001, when Y tu mamà también won the Osella Award for Best Screenplay and the Marcello Mastroianni Award for actors Gael García Bernal and Diego Luna.

In 2006, Children of Men won the Osella Award for Best Cinematography, an acknowledgement for Emmanuel Lubezki who also was director of photography for Gravity.

On the closing evening of the 72nd Venice Film Festival (Sept 12), the international jury chaired by Cuarón and comprising nine personalities from the world of cinema and culture from various countries will award eight prizes for the feature films running in the competitive section, Venezia 72, including the Golden Lion for best film and Silver Lion for best director.