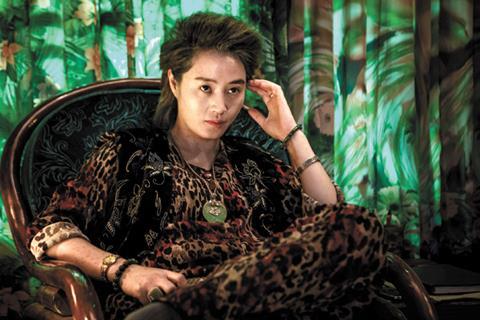 In South Korea, the 19th Bucheon International Film Festival (BiFan) unveiled its line-up today with a record 64 world premieres. The fest has selected 235 films from 45 countries, with 14 international premieres.

World premieres include closing film The Chosen: Forbidden Cave, a Korean shamanist horror film which is the sophomore feature from The Neighbors director Kim Hui; Bucheon Choice: Feature competition film The Tattooist, a Korean thriller directed by Lee Suh; and Sion Sono’s Tag, which is part of a special retrospective on the Japanese director and also in The Masters section.

The fest will hold its closing ceremony July 24 with encore screenings July 25-26.

Festival director Kim Young Bin said, “Recently, various domestic environments have not quite been favorable for opening international film festivals. Despite that, the significance of the existence of art, including cinema, is absolute.

“This is actually a time when the need for cinema, which contributes to global understanding and the refinement of public sentiment, it more urgent. We at BiFan have been preparing to make this a festival that makes productive enjoyment - which is also our reason for existence – possible.”

Addressing concerns over Mers, Kim said that BiFan would likely have to take into consideration the government’s position, due for an announcement on July 24 or 25.

“We won’t not be able to open the festival, but I will say that there is room for the possibility it might change in shape,” he said.

Kim said, “As an international event, we need to handle this proactively. We will find a way to strike a medium so that this harvest we have been preparing for a year doesn’t come to naught.”