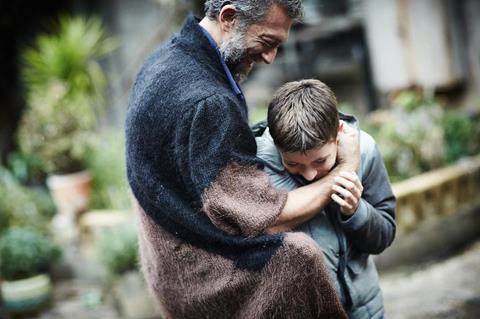 The Australian director was on hand to present the Opening Film with young star Jeremy Chabriel and co-screenwriter Sarah Cyngler.

“I can honestly say when we were making the film in Melbourne, Australia, we never thought we’d be showing it in a stadium full of people,” said Kleiman. “So thank you to the festival and to the city for inviting us. I’m told Jeonju is known for its independent and free-thinking people, so I think it’s perfect for this film

“It’s a bit overwhelming after all the fireworks and musical performances – it’s a hard act to follow, but I doubt we’ll ever have as cool a screening as this again.”

Looking out at the audience from the stage earlier in the night, international competition jury member and Greek actor Vangelis Mourikis said: “It’s so overwhelming to see so many people attending this festival. It’s so good, so good. Sometimes you go to festivals and see not so much dynamism – so it’s great here.”

The fest runs until May 9 with the closing awards ceremony on May 6.