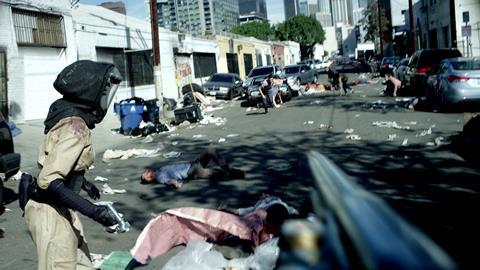 Content Media has closed a series of deals throughout Asia for a hat-trick of titles.

Directed by Matthew Santoro, the film centres on an ordinary man who risks his life to save his daughter, and ends up with superpowers.  Cast includes Ron Eldard, Colm Feore, Jordan Hinson, Austin Stowell and Jade Tailor.

Sackoff stars as a guilt-ridden mother who must uncover the terrifying truth behind the urban legend of a vengeful, demonic witch to save her estranged daughter.

Directed by John Suits, the film is shot from a first person perspective and is set in the near future, where a virus has overtaken the planet.

Content Media recently closed a deal with Bruno Wu’s Beijing-based Seven Stars Entertainment and Media, Ltd., in which Content acquired the Alive Group of companies allowing Content to distribute its library of film and television rights through the Alive Group to the Chinese market, as well as a direct equity investment by Seven Stars into Content.