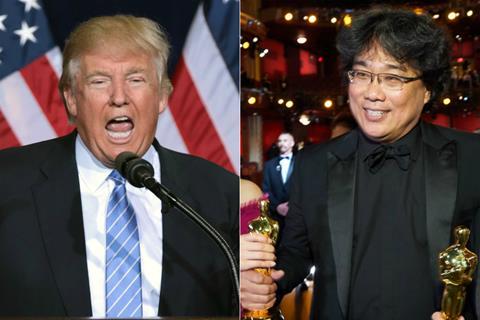 At a rally in Colorado, Trump said: “How bad were the Academy Awards this year? The winner is a movie from South Korea, what the hell was that all about?”

“We got enough problems with South Korea with trade and on top of it, they give them the best movie of the year.”

Trump said he hadn’t seen the film, adding: “Was it good? I don’t know. I’m looking for, like – can we get like Gone With The Wind back, please?”

The film’s US distributor Neon responded via Twitter by referencing the film’s subtitles. ’Understandable, he can’t read,’ they posted.

Meanwhile, Curzon, which partnered with Studionacal on the UK release, said in a statement: ”The comments by the President of The United States of America on Parasite are a clear racist dog whistle and as such do not warrant being debated. The box office result of Parasite, which has outperformed numerous best picture winners, proves this is clearly not a prejudice shared by film fans in the UK. Parasite expands to 561 sites this weekend for those who prefer to watch films for themselves before casting judgement.”

Parasite was the first foreign-language film to win best picture and has made more than $200m at the worldwide box office, including $45m in the US.

After winning the Golden Globe for best foreign-language film, Bong Joon Ho implored viewers to give foreign language films a chance, saying: “Once you overcome the one-inch tall barrier of subtitles, you will be introduced to so many more amazing films.”