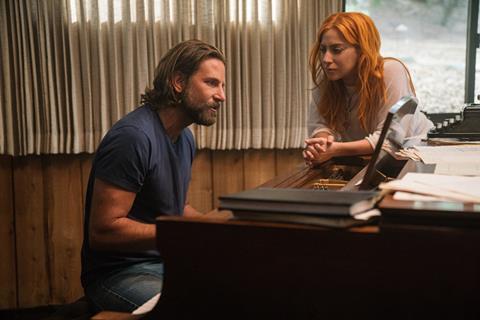 After rising to the top of the table last week with a superb 0% drop on its opening weekend, A Star Is Born was at it again this weekend, dropping a negligible 6.5% with £2.9m to remain top.

That result takes it to £14.9m to date, and with no sign of takings slowing down, Warner has a hit on its hands.

Family animation Smallfoot posted a solid hold in its second weekend, dropping 39% with a £1.4m Fri-Sun. That takes it to £4.3m to date.

Opening in second this weekend was the Halloween reboot, starring Jamie Lee Curtis reprising a role she first played in 1978. The film took £2.7m Fri-Sun from 532 sites, the best result in the franchise on record (results from the original release pre-date official data).

Using the conventional benchmark, the opening doesn’t match up to its performance in the US, where it has begun with an enormous $77.5m weekend.

Michael Moore’s latest documentary Fahrenheit 11/9 – about the 2016 US presidential election and the subsequent presidency of Donald Trump – opened to £56,814 from 40 sites including £25,875 from two London Film Festival previews.

The film was late addition to the calendar - released before the US mid-term elections on November 6 - and as such played on reduced shows in most sites. With key sites yet to play, Vertigo is confident the film will have a long tail.