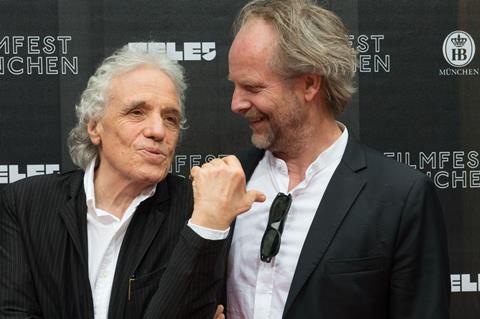 Rome-based US cult director Abel Ferrara is preparing a new feature documentary of Padre Pio, the controverisal Italian monk who became famous for exhibiting stigmata for most of his life.

Also known as Saint Pio of Pietrelcina, he was born Francesco Forgione and given the name of Pio when he joined the Order of Friars Minor Capuchin.

Ferrara said he had watched German filmmaker Philip Gröning’s 2005 film Into Great Silence about Padre Pio as useful background preparation. He was talking at the Munich Film Festival which he is attending along with Gröning. The latter is the subject of a retrospective at the festival and it was Ferrara introduced Gröning’s latest feature film My Brother’s Name is Robert And He Is An Idiot, to Munich audiences.

“We started talking about Abel’s project when we had a Skype chat to discuss Abel’s homage to me here at the festival,” Gröning explained.