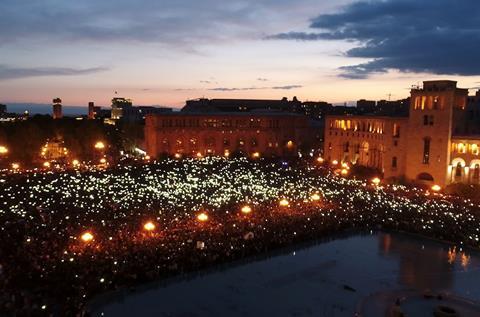 I Am Not Alone

AFI FEST has moved up its 2020 edition to October as festival brass take advantage of a “more competitive” slot that will see the event start within one month of Toronto.

Next year’s edition will run from October 15-22, 2020, bringing the festival out of its traditional November slot and positioning it not long after Toronto International Film Festival, which will take place from September 10-20, 2020.

A festival spokesperson said, “As the calendar gets more congested at this time of year, we saw this an as opportunity to shift the dates to continue to build an even more competitive festival for our audience.”

AFI FEST also announced on Friday (22) winners of the 2019 edition, which closed on Thursday night with Netflix’s Marriage Story, a late replacement after Apple pulled The Banker.

Garin Hovannisian’s 2018 Armenian revolution documentary I Am Not Alone (pictured) has been named winner of the AFI FEST 2019 best feature audience award.

The grand jury award winners for live action and animated short will be eligible for the corresponding 2020 short categories at the Oscars.