Amazon Studios head: ‘We’ll be known for a level of quality and curation’ 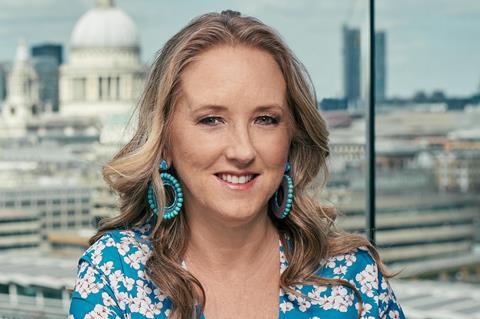 As Disney, WarnerMedia and Apple all prepare to launch rival services besides Amazon Studios, Netflix and Hulu, Salke noted her company’s edge was that “We’re constantly thinking of our customers. They’re global and diverse and we will curate shows to bring to that audience. This is a hit-driven business and we’ll be known for a level of quality and curation that will be a successful strategy for the service.”

Earlier in the session Amazon Studios named a team of writers and producers who will join showrunners and executive producers J D Payne and Patrick McKay on the streamer’s much anticipated series, believed to be a prequel to J R R Tolkien’s epic fantasy saga.

The streamer declined to say where the series will shoot – local reports have suggested New Zealand, where Peter Jackson shot the feature trilogy version of J. R. R. Tolkien’s fantasy books – but promised to announce the location shortly. Salke also said that a “global casting search is well under way” for the series.

Amazon recently announced that J A Bayona will direct the first two episodes of the series.

At its TCA session, Amazon also revealed that it is open to a follow-up to Neil Gaiman/Terry Pratchett series Good Omens, which shot on locations including the UK and South Africa. According to Amazon Studios co-head of television Vernon Sanders “the notion has come up whether we can revisit. It’s in Neil’s hands now, but we would love to do it.”

In other TCA announcements, Amazon Studios has ordered an eight-episode season of The Banker’s Wife, an international thriller series based on the novel by Cristina Alger about two women investigating the world of global finance in cities including Geneva, Paris, London and New York. Homeland and The Bridge writer-producer Meredith Stiehm will write all eight episodes and Lesli Linka Glatter (Homeland) will direct all eight. Amazon Studios produces the series with Federation Entertainment.

The streamer also revealed a first-look deal with actress and producer Connie Britton, who most recently starred in and served as executive producer on the first season of Bravo Media’s scripted anthology series Dirty John.