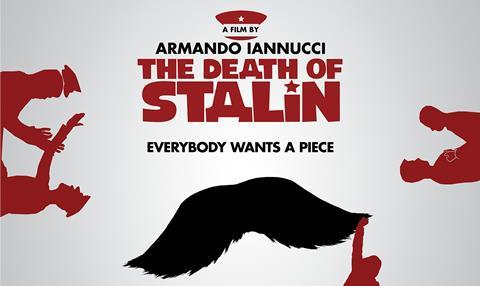 Armando Iannucci’s The Death of Stalin has begun principal photography today, with filming to take place in England and Ukraine.

Based on graphic novel The Death of Stalin by Fabien Nury and Thierry Robin, the drama is set in the days following the Russian leader’s stroke in 1953 as his core team of ministers tussle for control.

The Death of Stalin is a Quad, Main Journey production, in co-production with Gaumont.

Iannucci, the Oscar-nominated writer behind HBO satire Veep and feature In The Loop, has written the screenplay with David Schneider and Ian Martin with additional material by Peter Fellows.

Iannucci said: “The Death of Stalin has everything: comedy, tragedy, truth, lies, life, death, bravery and cowardice. All under the shadow of Stalin’s Terror. So I’m really pleased we have an amazingly multifaceted cast who can give us all these things and more.

“It’s an unbelievable ensemble - great actors, brilliant  comedians, fantastic personalities - and together they give us all the horrific drama and base absurdity of the crazy last days of Stalin and the power-struggle to succeed him.”