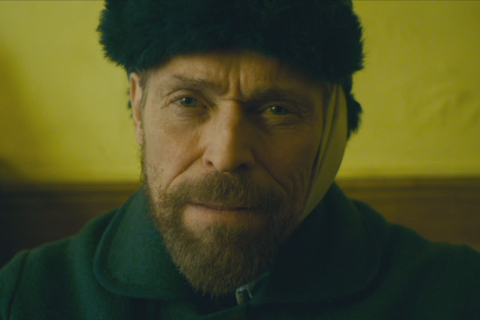 At Eternity’s Gate and Sunset have joined the World Highlights roster on the seventh Los Cabos International Film Festival, set to run from November 7-11.

Julian Schnabel directs Willem Dafoe as Vincent van Gogh in awards contender At Eternity’s Gate, which premiered at Venice Film Festival last month and is distributed in the US through CBS Films.

László Nemes, whose Son Of Saul won the best foreign language Oscar in 2016, returns with his recent Venice Film Festival world premiere Sunset, about a young girl who grows up to become a strong and fearless woman in Budapest before the First World War.

The line-up include Jafar Panahi’s drama and Cannes Film Festival selection Three Faces, about three actresses at different stages of their career.

Rounding out the section is Ali Abbasi’s eccentric love story and Un Certain Regard winner Border, which is SWeden’s foreign language Oscar submission.