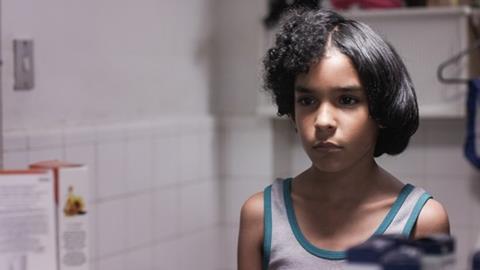 The Golden Shell of the 61st San Sebastian Film Festival has been awarded to Bad Hair (Pelo malo), from Venezuelan director Mariana Rondón.

The low budget film received a positive reception from its first screening at the start of the festival.

Set in the poor areas of Caracas, Bad Hair tells the story of the relationship between a mother and her nine-year-old boy, who loves to dance and sing and is obsessed with his curly hair. The mother begins to suspect the boy is gay and the film develops into a social drama told with humor and does not shy from the melodramatic consequences.

Like Bad Hair, it focuses on the relationship between a mother and boy. Set in an isolated summer resort during low season, the bond between mother and son is strained when the teenage boy falls for a girl at the hotel.

The success of these films helps cement the relationship between Latin America and San Sebastian, which also hosted the second edition of the Europe-Latin America co-production Forum. More than 1,100 industry professions from both sides of the Atlantic visited the Basque region to attend.

The intimate tale of a young woman with severe psychiatric problems uses an innovative cinematographic language with the use of continuous close ups and ambient sound. The lead, newcomer Marián Alvárez, won best actress.

The prize for best actor went to veteran British actor Jim Broadbent for his role in Roger Michell’s Le Week-End. Broadbent plays a one half of an old couple who return to Paris many years after their honeymoon there in an attempt to rejuvenate their marriage.

Manuel Martín Cuenca’s Caníbal , which was the front-runner following its screenings at Toronto, left with the prize for best cinematography for the work of Pau Esteve Birba.

The award for best script went to Bertrand Tavernier’s political satire Quai d’Orsay, penned by Christophe Blain (co-author of the original comic) and Antonin Baudry along with Tavernier.

Overlooked was Denis Villeneuve, who screened doppelganger thriller Enemy in competition and kidnap drama Prisoners out of competition. Prisoners star Hugh Jackman did, however, receive the honorary Donostia award along with Carmen Maura.

With a smaller official section than in previous years – 16 titles – the 61st edition of the festival was good but not great.

With a tighter budget than ever and Spanish cinema continuing to struggle, the number of local visitors also descended even if theatres were packed throughout the run.

Horizontes Award
A Wolf At The Door, Fernando Coimbra (Brazil)

Solidarity Award
My Soul Healed By You, Francois Dupeyron (France)