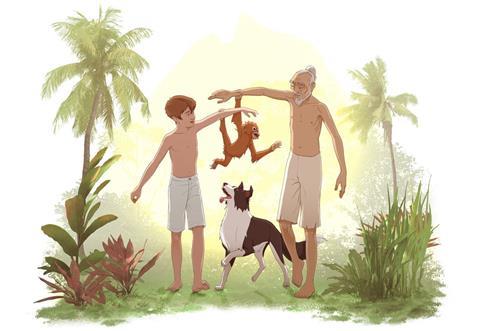 The UK-Luxembourg-France co-production is adapted from Michael Morpurgo’s children’s novel of the same name, published in 1999. Morpurgo is also the author of War Horse.

Boyle is a director and animator who has previously worked on Ethel And Ernest and Space Jam. The screenplay has been penned by Frank Cottrell-Boyce.

The film tells the story of a boy swept overboard with his dog during a storm while on a sailing trip with his family. The pair wash up on a remote island in the Pacific.