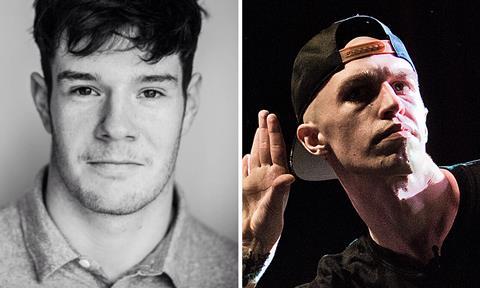 The project was announced today by producer Bennett McGhee of Silvertown Films and is currently in production in London and Essex.

VS. is a drama about a withdrawn foster-teen (Swindells) teetering on the edge of self-destruction, who finds his feet – and his voice - in the world of UK battle rap.

Lorton will distribute the film in the UK and Independent are handling international rights.

Swindells recently wrapped Keepers opposite Gerard Butler and Peter Mullan and has appeared in Sky’s Jamestown.

Writer-director Ed Lilly was included in BBC’s 2017 “New Talent Hotlist” for his work as a short film and music video director. His short The Hive was nominated for a world Vimeo Award in the “Best Narrative” category.

Adam Rooney aka Shotty Horroh is an acclaimed UK battle rapper who has recorded with Deadmaus and performed at some of the biggest rap battle events around the world.

Director Ed Lilly said: “This is a story close to my heart, set in a world that I’ve been a fan of for many years. I’m beyond excited at the opportunity to bring contemporary UK battle-rap to the big screen for the first time and work with this exciting cast of rising and established talent.”