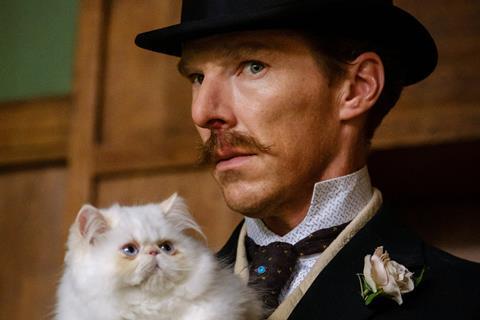 Benedict Cumberbatch has confirmed that Will Sharpe’s UK feature The Electrical Life Of Louis Wain will have its world premiere at Telluride Film Festival in the US in September, before the film heads to Toronto later in the month.

Discussing his upcoming work on The Zoe Ball Breakfast Show on BBC Radio 2, Cumberbatch said that Louis Wain will play in Telluride (September 2-6), with Jane Campion’s The Power Of The Dog also playing at the event after its world premiere in Venice.

Louis Wain had been expected to debut in Telluride following its announcement last month as a Canadian premiere at Toronto.

The title is produced by Cumberbatch’s SunnyMarch and Joe Wright’s Shoebox Films from the UK, alongside backers Film4, Amazon Studios and Studiocanal.

StudioCanal will release the film in the UK, France, Germany and Australia-New Zealand later in 2021 following its festival slots; and is also selling it worldwide, with Amazon Studios releasing in the US.

Cumberbatch stars alongside Claire Foy in the story of 19th-century artist Louis Wain, who rises to prominence for his surreal cat paintings.

Cumberbatch can currently be seen in Dominic Cooke’s The Courier, which opened to £337,408 in the UK and Ireland this weekend through Lionsgate.