‘Blue Story’, ‘Scoob!’ bypass theatrical and head to digital platforms in US 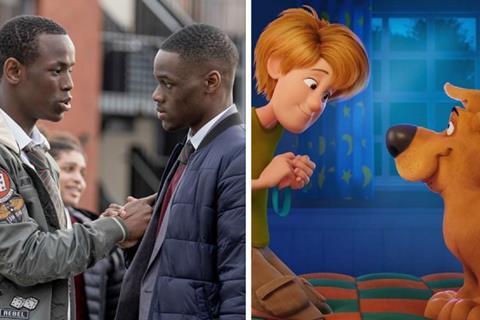 Paramount’s UK hit Blue Story and Warner Bros’ Scoob! are both heading to digital platforms early in the US as studios continue to strategise the best distribution plan as the coronavirus pandemic disrupts release schedules.

YouTube sensation Rapman’s British acclaimed gang drama A Blue Story will go out in the US through Paramount Home Entertainment for digital rental or purchase on participating platforms on May 5. Fans who purchase a digital copy will also get access to bonus content, depending on the digital retailer.

The film stirred up controversy in the UK last November when Vue Cinemas and Showcase pulled it after they claimed a number of incidents took place within the first day of release. Both chains later reinstated the drama.

Animation Scoob! will be made available for premium VOD and premium digital ownership in North America on May 15. The film had been set for theatrical release on that date before the studio pulled it from the calendar.

Scoob! will be available on participating digital platforms for a 48-hour rental via premium VOD for $19.99 or premium digital ownership for $24.99.

“While we’re all eager to be able to once again show our films in theatres, we’re navigating new, unprecedented times which call for creative thinking and adaptability in how we distribute our content,” said Warner Bros chair and CEO Ann Sarnoff.