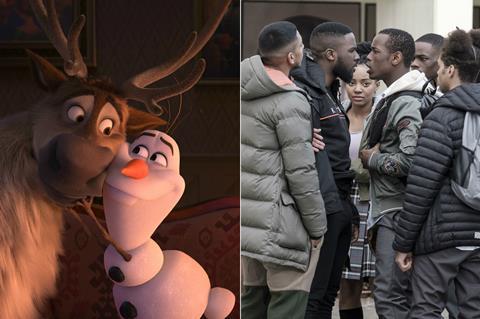 Disney’s animated sequel Frozen II grossed a huge £15.1m for top spot, breaking the company’s own record for biggest opening for an animated film, set by Toy Story 4 with £13.3m earlier this year.

With Toy Story 4 and Captain Marvel (£12.8m) currently in fourth and fifth place, Disney has reclaimed the five highest opening weekends of the year (Warner Bros’ Joker is in sixth with £12.6m).

Nicolas Bedos’ Cannes 2019 title La Belle Epoque opened in 23 venues, grossing £30,000. With previews and festival screenings, it has £54,000 total. The Pathé film was released by Disney, on behalf of Twentieth Century Fox.

After dethroning Joker last time out, Last Christmas posted an excellent hold on its second weekend, falling just 15% with £2.2m taking it to £6.7m total. This was not enough to hold off Frozen II, but comfortably kept it in second place.

Awards contender Harriet, starring Cynthia Erivo as slave-turned-abolitionist Harriet Tubman, opened to £108,119 from 180 locations – a low £656 location average. It has £115,119 including previews. 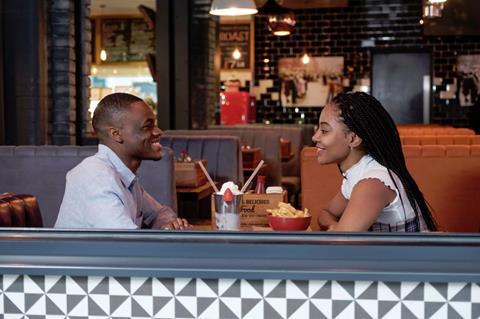 Paramount Pictures’ Blue Story has made an excellent start at the UK box office with a £1.3m opening weekend, despite Vue and Showcase pulling the film from all their venues on Sunday, November 25.

That figure was enough for third spot in the chart. Written and directed by Screen Star of Tomorrow 2019 Rapman, the film played in 310 locations across the weekend, grossing £4,194 per location.

This is an excellent result for a debut feature director with a largely unknown cast; even more so when taking into account the film’s removal from many locations.

The decisions by Vue and Showcase have drawn a significant online backlash, with hundreds of tweets to the hashtag #NoBlueNoVue and criticism from lead actor Micheal Ward and Top Boy star Ashley Walters among others. Paramount and BBC Films have also issued statements in response to the situation.

After a record-breaking six-week run in first place, Joker suffered its biggest percentage drop so far, falling 50% in taking £505,000. However, it has still broken into the top 25 titles of all time in the UK, currently holding 23rd place with £57.1m. It will expect to overhaul The Lord Of The Rings: The Two Towers on £57.6m, with the third and first titles in the Lord Of The Rings series the next targets on £61.1m and £63m respectively.

Thriller Them That Follow starring Olivia Colman performed poorly, bringing in just £5,000 from 104 locations for a £48 location average.

An event cinema release of a concert from US rock group The Lumineers played in four locations on Thursday, November 21, grossing £542 total. 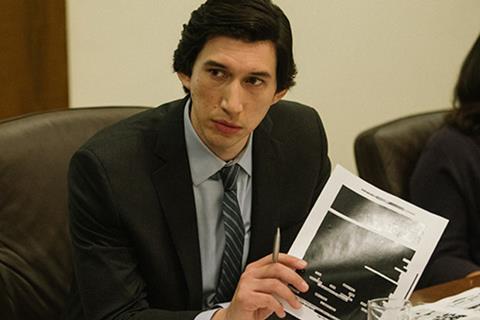 In the week when it acquired fellow event specialists More2Screen, Trafalgar had event releases in cinemas.