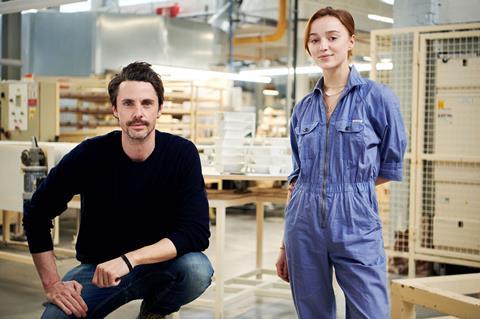 Matthew Goode, Phoebe Dynevor preparing for their roles in ‘The Colour Room’ at Wedgwood Pottery Works

Phoebe Dynevor, star of hit Netflix series Bridgerton, will make her feature film debut in Claire McCarthy’s The Colour Room opposite Matthew Goode, with filming getting underway at the end of March in England.

The title is a Sky Original film co-produced by Sky, the UK’s Caspian Films and Creative England. It is written by Claire Peate, who won the Bafta Rocliffe film award for her script in 2016.

Dynevor will play the real-life figure of Clarice Cliff, a factory worker in the industrial British midlands of the 1920s who revolutionized the 20th century workplace, designed the unprecedented Art Deco ‘Bizarre’ range and became one of the eminent ceramic artists of her time.

“This film will provide a fresh take on Clarice’s professional and personal life,” said Sarah Wright, director of Sky Cinema and acquisitions at Sky UK and Ireland. “It is apt, and I’m hugely proud, that this film is written, directed and produced by an all-female team.” 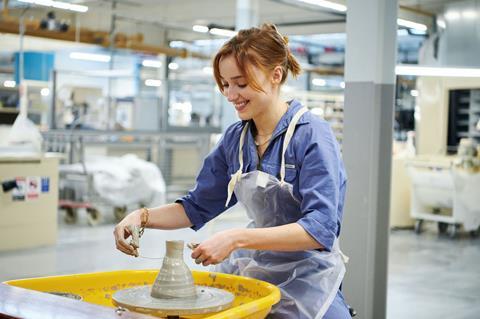 ”The story was inspired by a single image; a young factory worker leaving her grim, industrial reality behind her and stepping into the rainbow of the Colour Room – a world of joy and possibility,” said Peate.

“The script is a beautifully written contemporary take on the 20th century, and I feel proud to be working with such a strong female team, both in front of and behind the camera,” added Dynevor.

The Colour Room is Dynevor’s feature film debut, following her breakout role in Netflix’s Bridgerton, which the streaming giant has said was watched by a record 82 million households in its first month on the platform.

It is the latest part of UK broadcaster Sky’s push into film, with more than 30 Sky Original films to launch in 2021, increasing to one a week from 2022.