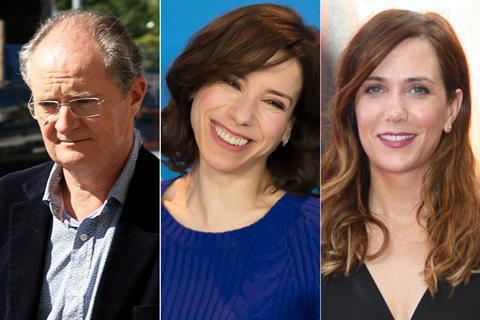 Jim Broadbent, Sally Hawkins and Kristen Wiig have all joined the cast of Matt Haig adaptation A Boy Called Christmas, which has started shooting on location in Lapland, Czech Republic, Slovakia and London.

The film is a live-action adaptation of Haig’s book of the same name, which tells the origin story of Father Christmas. A young boy called Nikolas sets out on an adventure into the snowy north in search of his father, who is on a quest to discover the fabled Elfhelm, village of the elves.

Ol Parker and Kenan have adapted Haig’s book for screen. Studiocanal is producing with Graham Broadbent and Pete Czernin of Blueprint Pictures.

Studiocanal will release the title theatrically in the UK, Australia, New Zealand, Germany, France and China, with Netflix releasing in the rest of the world.

Other Haig novels headed for the screen include How To Stop Time, also with Studiocanal and starring and executive produced by Benedict Cumberbatch through his company SunnyMarch; and The Radleys, which has been optioned by Debbie Gray and Julian Gleek’s Genesius Pictures.